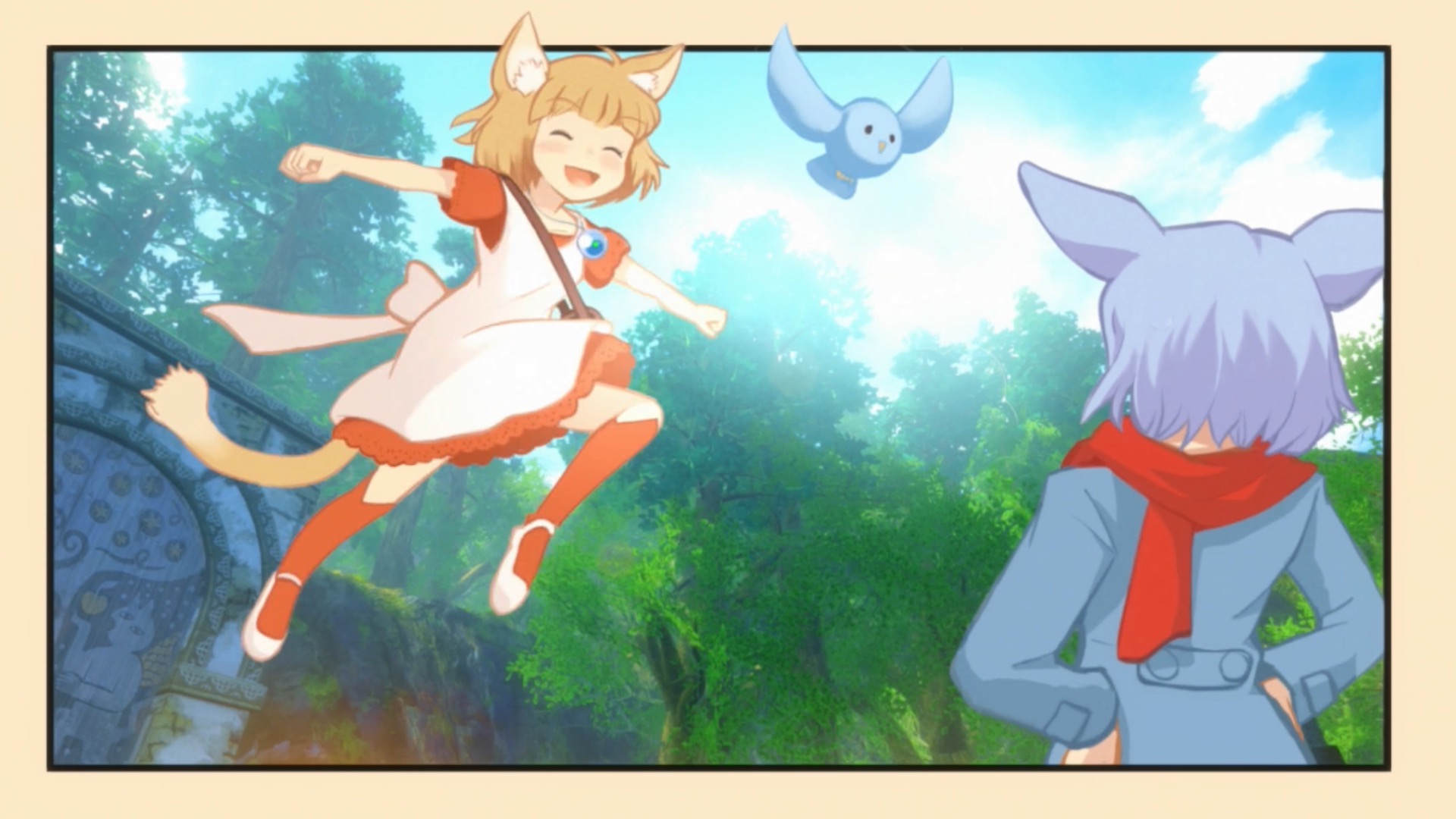 By David LloydAugust 21, 2020No Comments

Play enough video games in a lifetime and you’ll discover a kind of sympatico with certain developers and publishers when it comes to a shared taste in what you’d enjoy. Apart from the rare exception, NIS America might just be the publisher that I’m most in sync with when it comes to games releasing on the Nintendo Switch. Even with their superb track record, I couldn’t help but be apprehensive about their latest Switch title, Giraffe and Annika, a mystery- filled adventure title with little combat and a lot of feline-themed imagery. Ultimately, my trust in the publisher proved correct as Giraffe and Annika is a wonderfully relaxing and enjoyable experience, despite my usual aversion to this type of game.

A recent trend of many new releases is that it’s becoming harder to label or define games into certain genres and categories, Giraffe and Annika being no exception. Not exactly a platformer, nor is it really a puzzle solver or even an adventure game. The best description without spoiling the experience is to call it story-based exploration of an island that feels very much like an anime version of the Wizard of Oz. The game begins with Annika, a half-human / half-feline girl awakening on a mysterious island with no recollection of how she got there. She quickly meets up with a boy named Giraffe, who explains that he’s trying to collect three star fragments and needs the help of Annika to do so. The pair sets out exploring the island unlocking new areas and abilities while attempting to find the fragments before a mysterious witch is able to collect them first.

The main attraction of Giraffe and Annika truly is the island itself, with each of the three dungeon areas acting as a quasi chapter of sorts. The cycle typically plays out with Annika meeting up with a new island resident, helping them out with some task that provides access to the dungeon, and successful completion of said dungeon which grants a new ability that provides access to a new section of the island. None of the dungeons are particularly challenging, nor are the tasks that need to be completed for each of the island residents. Most of my enjoyment of the game came from just walking around to an excellent orchestrated soundtrack, and laughing at the interactions between Annika and the different island residents.

The length of the title comes as somewhat of a surprise with end credits rolling around the 5 hour mark. An argument can be made that it ends before it outstays its welcome, but I would have liked to have seen more characters to interact with and more to explore in the dungeon areas. The dungeons are simply a short hike past some ineffective enemies that end with a simple rhythm-based battle with the witch and are a stark contrast to the main area of the island. The rhythm battles seem like a weird way to finish a dungeon in a game devoid of combat otherwise, but the interaction with the witch, along with delightful tunes that accompanied the battles just seem to find the mark.

Giraffe and Annika is a title that feels right for 2020. The evolution of the story as you meet fun and interesting characters overshadows much of the shortcomings, like the lack of challenge and somewhat disappointing dungeon sequences. Normally, a game with little difficulty that relies on its charm as entertainment isn’t really up my alley. But in a time where most people are stuck at home and surrounded by negativity, getting lost in an overly positive and relaxing island environment is a pleasant escape from the harshness of reality.