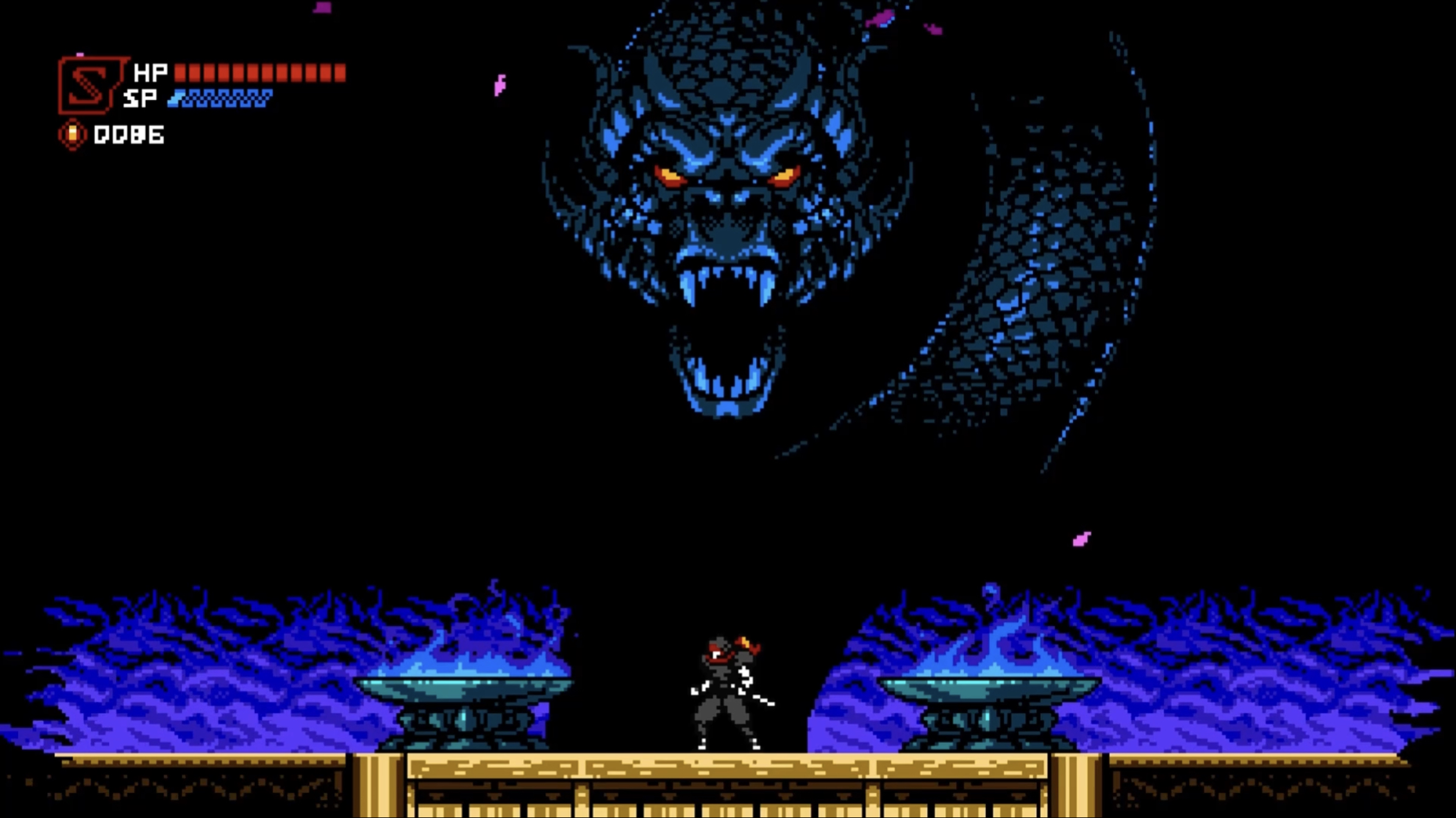 The outskirts start off with a number of sections that mostly consist of avoiding damage from flying enemies. The green ones holding guns fire at an angle so they are easy enough to jump and slash, it’s the ones with the grenades that are the most annoying.

Flying enemies outside are replaced by poisonous gas as you make your way through the caverns. The large bubbles hide a skeleton head that will fly at you once popped, they take a few hits to defeat to be prepared.

Chapter 7 is the beginning of a number of chapters without a named boss to defeat. The closest thing to an end opponent is the shielded orb that awaits inside the cyberspace realm.

On to chapter eight!