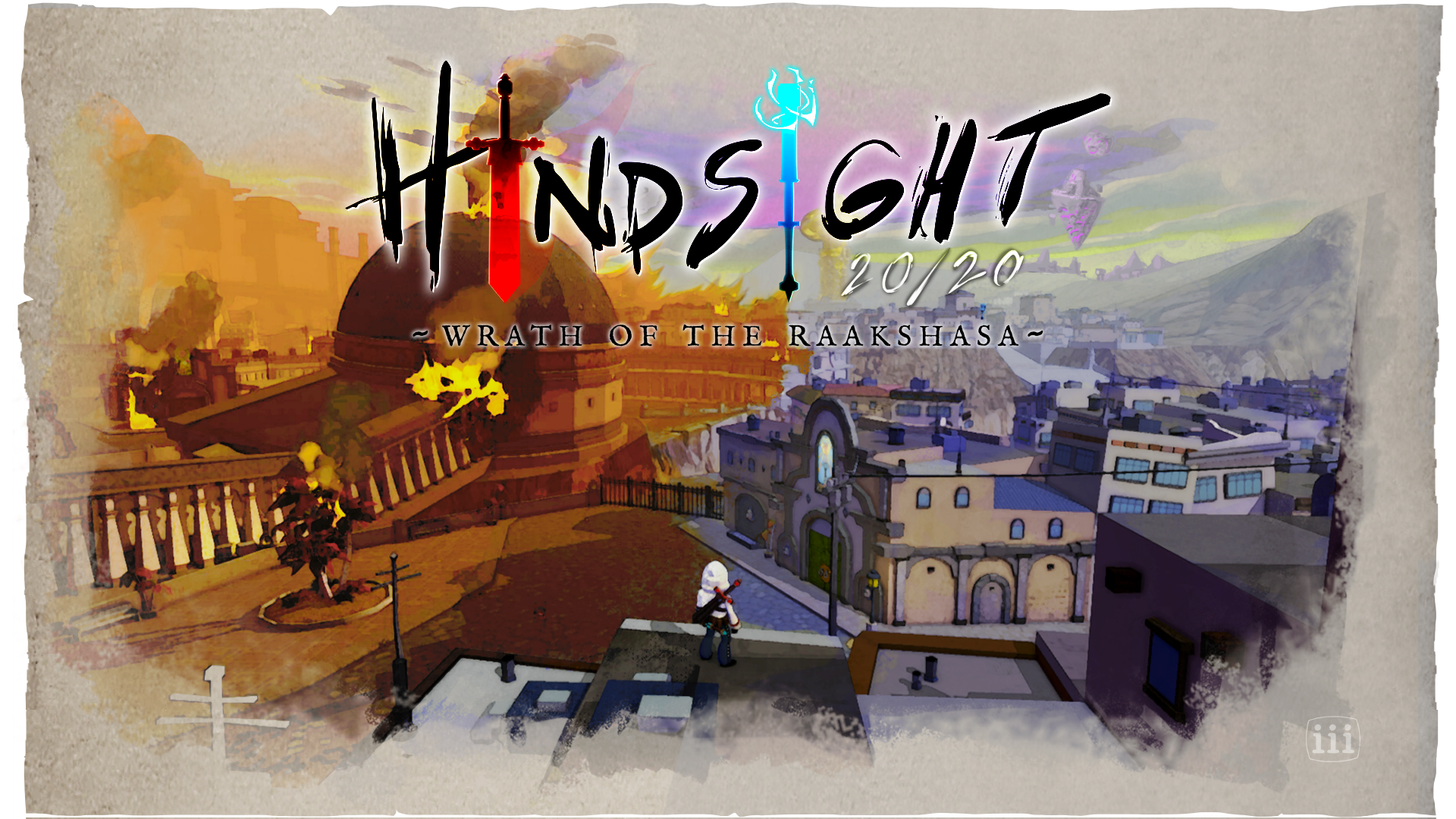 Hindsight 20/20: Wrath of the Raakshasa on Nintendo Switch Review

Home » Hindsight 20/20: Wrath of the Raakshasa on Nintendo Switch Review

Meaningful choices in video games can be a demanding effort for game developers.  There is no shortage of game development horror stories abound due to the complexities caused by sprawling story branches and programming various options for players.  Game development is brutal, and game development built around concepts of choice deserve applause simply for the attempt, even if the end result is a bit lacking. Ultimately, the success of story options and choices for players comes down to personal engagement with the characters and the world.   Hindsight 20/20:  Wrath of the Raakshasa is a competent but underwhelming effort whose shallow world-building and dull characters bring down its promise of narrative choice and consequence.

Hindsight 20/20:  Wrath of the Raakshasa, developed by Triple-I Games, is well-made and runs smoothly on the Nintendo Switch (it is also available on all major consoles and PC).  The clean and stylized-graphics using a simple color palette work well, and the game runs smoothly without any noticeable framerate hiccups or errors.  The musical score is serviceable, if forgettable.  The controls work well, but the camera can get a little frustrating at times during combat when you are near a wall.  The overall package looks and plays like a higher-resolution action-adventure from the PlayStation 2 generation.

The general design of the game is also decidedly old-fashioned.  You spend the bulk of your time running across areas before entering enclosed rooms to either win a combat, navigate traps, or solve simple block puzzles in order to obtain key cards to make progress in the level.  Yes, there are block puzzles and key cards.  The block puzzles are not difficult and don’t take too long and the developers included the ability to punch a block across the floor, which speeds up the process.  There are also simple platforming segments where you need to carefully walk across thin platforms over a pit of instant death.  I had pleasant waves of nostalgia playing through much of Hindsight 20/20, although I’m not sure it is the main enjoyment the developers intended.

When you are not pushing blocks around or tiptoeing around traps, you are engaged in combat.  The combat mechanics are similar to those found in the Batman Arkham series or developer Insomniac’s Spider-Man games; you point the left stick at the desired opponent and hit the attack to string up combos in order to unleash special attacks and receive power-up items.  There aren’t many enemy types, but later combat arenas combine level traps with different enemies to make things interesting.  Combat encounters are brief and the mechanics work well, there just isn’t a lot there, and my engagement with the systems fell off midway through my second playthrough.

Combat encounters are where the concept of choice is most notable throughout the game.  In combat, you always have the option to use your red sword and ruthlessly kill your enemies, or use your blue stun baton to mercifully stun them into submission.  Who you decide to kill versus who you decide to stun does change the narrative choice options you receive later.  For example, your early conversation with the first “boss” varies drastically depending on if you killed any of your initial combat foes or decided to show mercy and stun them all.

Unfortunately, for a game that prides itself on its ability to provide complex moral choices, the choices in combat were surprisingly the only interesting ones I felt I made.  The developers claim there are 10 different ending variations and 4 have no overlap whatsoever.  I don’t doubt the claim, but I don’t intend to ever play enough to see all the possibilities.

I went through two completely different playthroughs in my time Hindsight 20/20:  Wrath of the Raakshasa, and while many of the scenes and options were clearly adjusted based on my playtime, none of them could overcome the game’s biggest weakness:  the world, the plot, and the characters are dull and lifeless.  I frankly didn’t care about much of what I was doing during the game.  You play as Jehan, an amputee pariah from your village of Champaner after your father is murdered by Aurthur, the captain of the guard.  At the beginning of the game, Champaner is destroyed by the Raakshasa, victims of a virus that biologically alters its victim into becoming monsters.  Jehan prays to the gods and is granted his wish to go back in-time to fix his mistakes and save Champaner…or does he?  Your actions as a player do matter, and each subsequent playthrough will be different based on your actions.

The problem is that none of it mattered to me.  Macro-level intrigue is introduced through propaganda and the role of weapons of mass destruction as deterrents, but it all came across as shallow and rather generic.  For example, the motivations of and your level of trust towards Marcos, the King of Champaner, seems like an important plotline for consideration.  Is he a true protector, or a megalomaniac whipping up fear to solidify power?  I didn’t really care because I barely interacted with him.  Your actions impact the handful of non-player characters you meet and interact with throughout the game, but nothing really hits home because you spend so little time with everything.  The townsfolk and their attitudes to you change based on your actions, but there is no reason to really talk to any of them unless they are giving you a quest, so I didn’t feel anything for either of the two major town environments in the game.

A single playthrough of Hindsight 20/20 only takes a few hours.  On the one hand, this makes revisiting your decisions and having repeat playthroughs an easy commitment.  On the other hand, I didn’t feel like I had time to form meaningful connections to the world or characters and I lost interest in more than two playthroughs because ultimately none of the characters or the world really mattered to me.  Why would I care about the fate of this character who literally only said 3 sentences to me?  Why should I care that my “old friend” lives or dies when I only have one flashback scene with him right before I make a pivotal choice?  For some reason you can’t skip scenes on repeat playthroughs either, which is frustrating when you are watching the same scene again, especially if it is a long and gratuitous “celebration” scene.  The combat mechanics also become stale, and solving the same puzzles repeatedly is just a waste of time.

For a game that sells itself and even names itself on its ability to create meaningful choices through repeat playthroughs, I was more engaged with the non-narrative aspects.  The old-fashioned puzzles and key-card collecting provided a short, pleasant romp that reminded me of my favorite games on the Nintendo Gamecube or Playstation 2.  Unfortunately, these areas aren’t worth re-playing, especially when the narrative hook just isn’t there.  In the end, Hindsight 20/20:  Wrath of the Raakshasa is an average throwback action adventure with promising choice mechanics that are undermined by dull characters and shallow world-building.  If you are interested in the pure mechanics of seeing how your choices branch, there may be enough here to enjoy.  If you are like me and you need a better reason to replay to see the choice mechanics at work, there is still a competent, old-fashioned game that you can complete quickly and still have time to dive into a visual novel afterward.