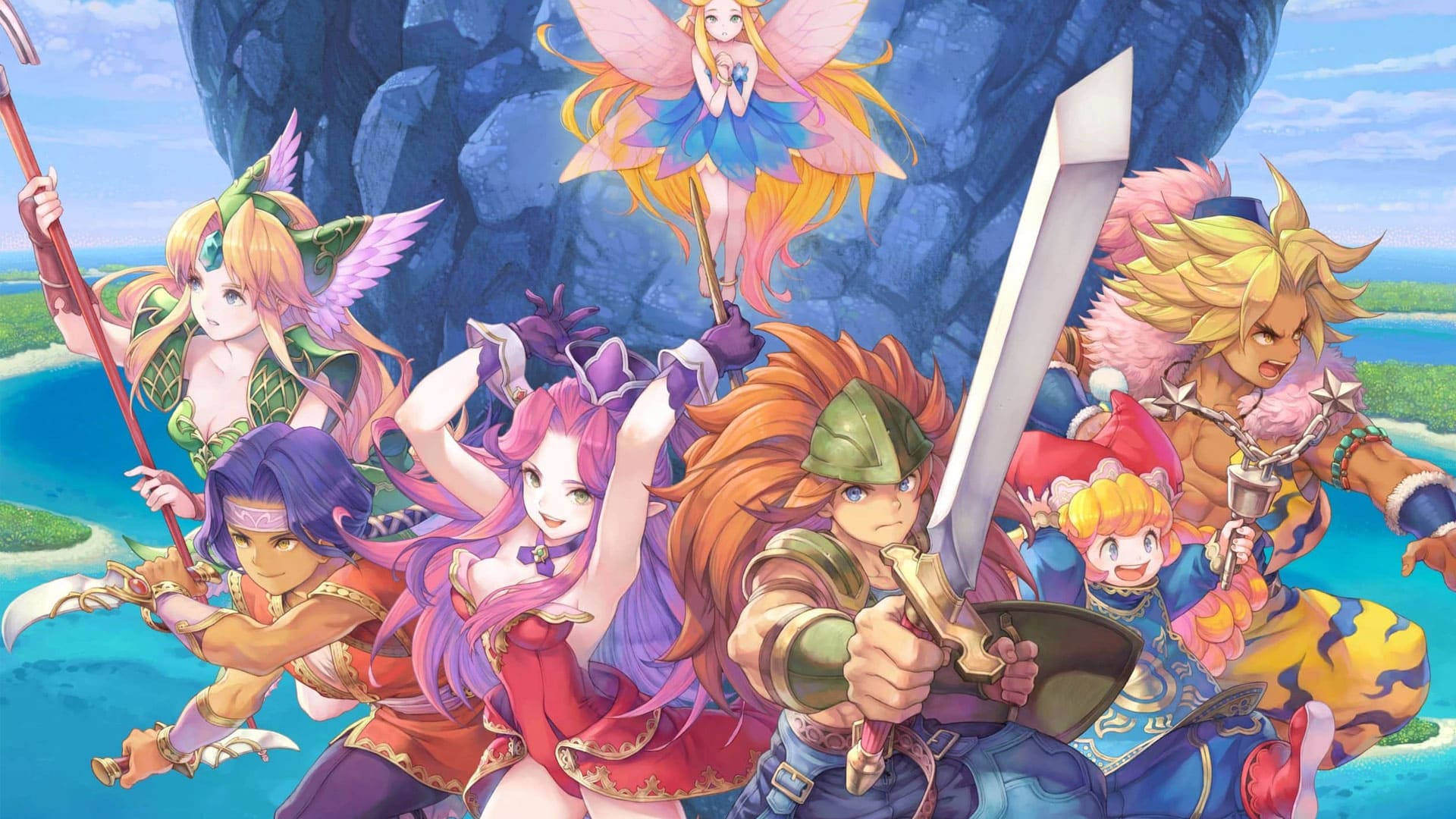 It took decades for the original release to hit the Western world, but it only took a few extra months to get the remake in all its glory. — By Casey Gibson —

It’s been a long road for Trials of Mana to make its debut outside of Japan, with the release of the original as part of the Mana Collection just last year, nearly a quarter of a century later. On the other hand, the wait for the remake was not nearly as long and thank goodness. The updated visuals and music are a wonderful facelift to a very solid action RPG. A few minor issues such as the jarring transitions of the day night cycle hold it slightly back, but despite a few hiccups along the way, I thoroughly enjoyed the experience.

Trials of Mana starts off by selecting three of the six available characters to form a party. The first selection will be the main character and within a short period of time the other two come along to form the trio. Each has their own reasoning for being on the adventure, which can be viewed via an optional flashback scene, but an overlying plot unfolds as the journey progresses. The Mana Tree is dying and the party must prevent this from happening and evil taking over the world. The hero travels across the world to find Mana Stones and eventually take hold of the Mana Sword. It isn’t the most profound or unique story, but it serves its purpose and kept me looking forward to what area we’d be exploring next.

Gameplay is king and the question is whether or not it holds up all these years later. Well, the team over at Square decided to add some new wrinkles to the combat, which makes it feel both more modern and fast-paced. Attacking, dodging, and jumping are part of the toolkit, all which will be used in conjunction with one another to overcome enemies. Dodging enemy attacks with a roll is crucial especially when encountering boss battles which play out as much longer fights than common enemies. Jumping is another great option for avoiding attacks and is vital to damaging airborne enemies which require you to knock them to the ground. When it comes to dishing out damage, combos are executed with the A and X buttons. These combos are fairly straightforward and have the potential to wear thin, but new ones are unlocked as each character becomes more powerful.

As each party member levels up they earn Training Points which are used to upgrade a number of different stats, five in total. As points are put into a specific area, stat increases and new skills are unlocked making the party all that much more powerful. What’s nice is that upgrades are shown with the amount of points needed, so you can plan out relatively early how you want to set up each character and if you decide later to change it, you can reset points. A really cool addition to combat is gaining extra experience by completing mini tasks such as defeating enemies quickly or without taking damage. It helped make encounters more interesting by trying to achieve a certain standard of combat instead of getting lazy. Gearing up in new areas helps to boost power, but unfortunately it seems each town only has one upgraded weapon and armor for each character, lacking any bit of customization on that front.

Exploration is made simple with the default settings having the next point of interest highlighted on the map. Considering the game is already extremely linear, this makes getting lost virtually impossible. You can toggle this off in the menu to give yourself a bit more to explore, but for me I didn’t personally mind it. Areas again, are pretty straightforward giving you a defined starting and ending point, but there are a few small branches off the main path that usually yield a hidden chest or a Li’l Cactus, a collectable akin to Mini Medals in the Dragon Quest series.

From a presentation aspect, Trials of Mana knocks it out of the park. I love the art style, but what’s even more impressive is the wonderful soundtrack. The most exciting aspect of venturing into a new territory was being able to hear new music and I often found myself popping onto YouTube to listen while not playing. The presentation of the day and night cycle misses the mark since with a super jarring pause between cycles taking you out of the moment. Cutscenes are also easily skipped by accident, which can cause some frustration when missing out on a story beat. However, what irked me the most was how dumb the AI could be in battle. My teammates would stand in enemy range and at times get obliterated during boss battles forcing the use of multiple revives. Switching between characters is done easily, but it’d be nice to have a level of competence that doesn’t require me to constantly switch and move characters out of harm’s way.

Trials of Mana is a great example of how to do a remake, bringing a classic to modern day while sticking closely to its roots. Improved battle mechanics, visuals, and soundtrack are great additions, but at times poor AI and jarring transitions are a bit of a letdown. Overall though, combat and the upgrade system kept me engaged and coming back for more.