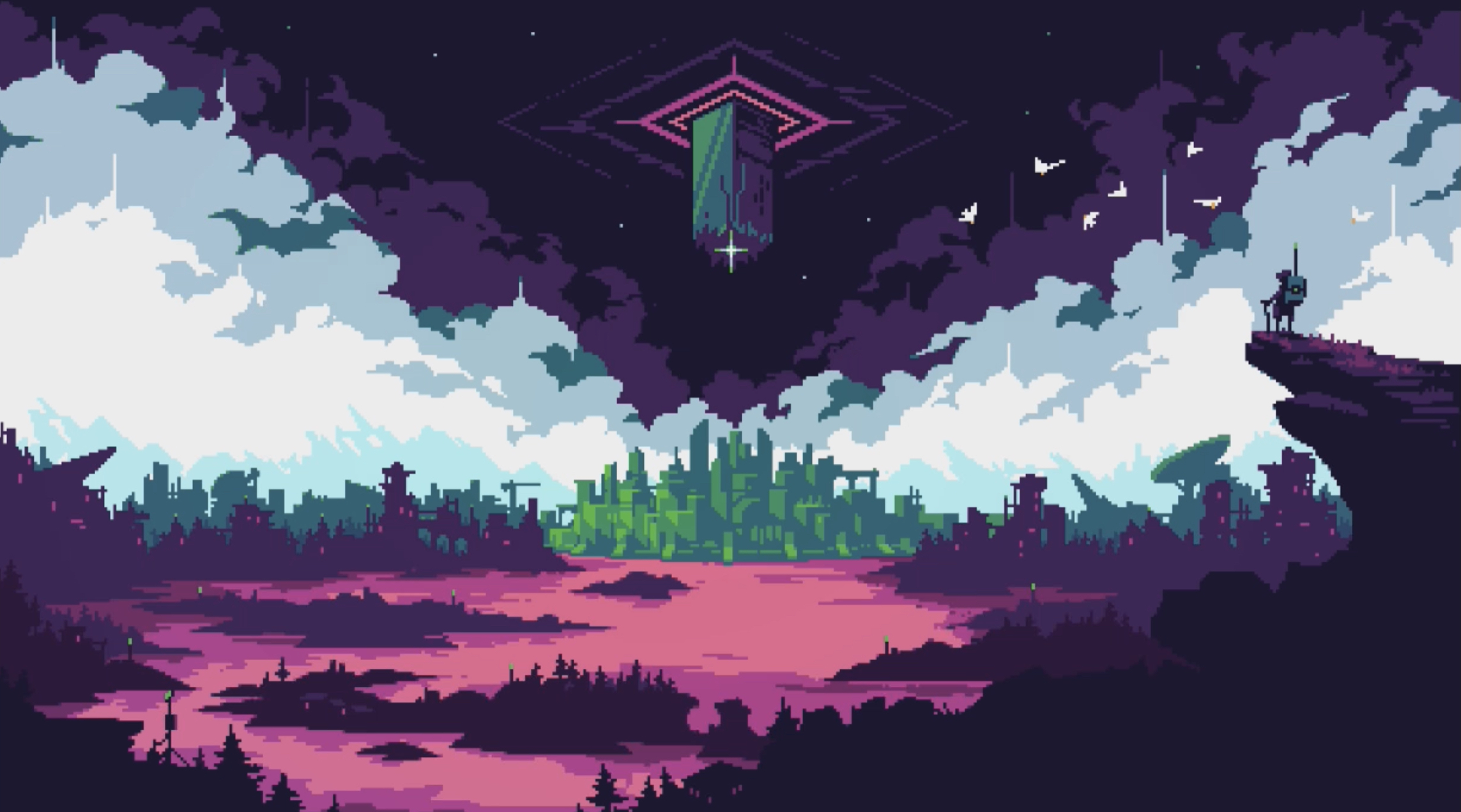 By David LloydOctober 21, 2020No Comments

Joining the ever expanding sea of roguelikes on the Nintendo Switch is ScourgeBringer, the follow up title from indie developer, Flying Oak Games. This is the same team that brought the wonderful isometric shoot-em-up, NueroVoider, to the Switch at launch and to this day still remains as one of my favourite titles. ScourgeBringer changes up the format, this time opting for a two dimensional side-scrolling experience but still maintaining the same smooth gameplay and wonderful charm from its predecessor.

Set in a post-apocalyptic world destroyed by a mysterious structure, the heroine of the adventure, Kyhra, enters the structure known as the ScourgeBringer in the hopes of ending humanity’s destruction. While inside, Kyhra discovers a number of different entities that are willing to help with their quest, though each having their own motivations for doing so. The story really isn’t the focus however, as the main attraction to ScourgeBringer is the constant action, heart pounding combat, and buttery smooth platforming while inside the structure.

The procedurally generated dungeons provide hordes of enemies to destroy as Kyhra attempts to make her way through the ScourgeBringer room-by-room. Upon entering a room, the exits lock and waves of enemies need to be defeated in order to allow for further exploration. As is the case of any good roguelike, the repeated runs of ScourgeBringer do a terrific job of providing an ever increasing comfort level with Kyhra’s abilities. Different abilities such as clinging to walls, quick dashes, and slash attacks that suspend the character mid-air leave movement around the rooms feeling like chaos early on. It only takes a few runs before things start to click, and movement begins to feel much more precise and deliberate.

One of the best aspects of NeuroVoider is the wanton destruction of hordes and ScourgeBringer does not disappoint. Kyhra has three different attacks at their disposal: a slash attack, heavy attack, and gun blast. The default slash attack not only attacks enemies but can be used as a means of movement as well. Quickly pressing the button will suspend the character and have them follow the slash in a very small progression. The heavy attack is used to stun enemies, best used when the visual cue of an exclamation mark appears above an enemy. Once hit, the enemy is dazed for a moment which allows for a repeated slash without fear of getting hit. The gun attack is the best long range way to attack, however the bullets need to be charged by defeating enemies. The mechanics of the attacks feel smooth and fluid, though with the gun trigger mapped to the shoulder button, I often forgot to utilize it effectively.

The stages have a number of rooms that can be explored and feature both a mini-boss that provides a coin for unlockable items, and a final boss that provides a sizable challenge. The boss challenges very much remind of classic Mega Man in which the pattern needs to be recognized and then exploited in order to be victorious. The difficulty is certainly high in ScourgeBringer and only gets worse the further you get, but with multiple playthroughs and the ability to purchase permanent upgrades, it’s not insurmountable.

At this point in the lifecycle of the Switch, the roguelike genre is saturated with plenty of great options to choose from. ScourgeBringer stands out from the crowd by providing an experience that’s both smooth and fluid, and performs well regardless of whether playing handheld or docked. The beautiful artwork and sprites are complemented by terrific sound design that gets the heart pumping in a good way. Those looking for a challenge and have the patience to withstand countless deaths, all in the name of incremental improvement have another title worth putting in many hours of roguelike joy.