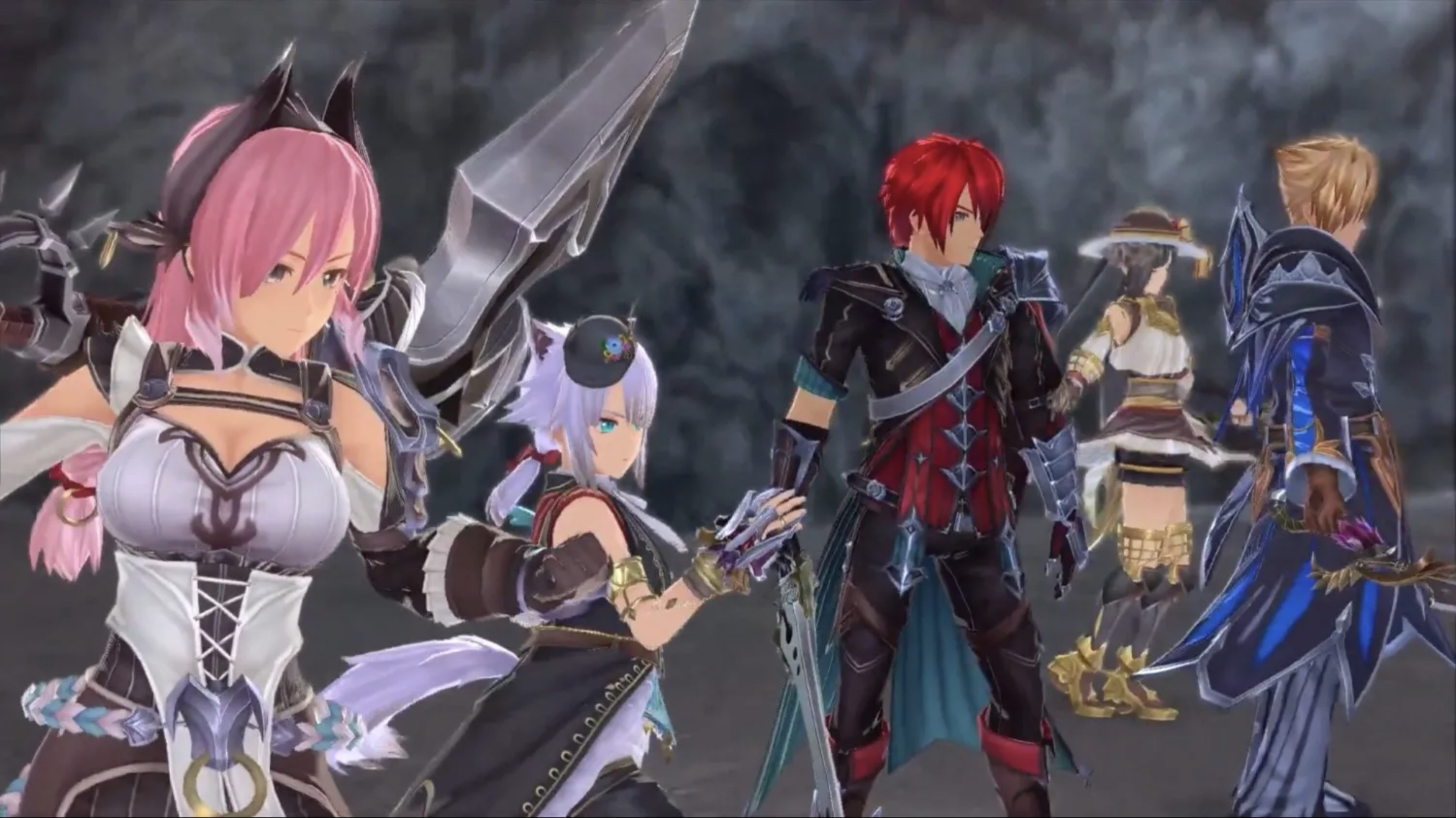 Between first party efforts like Breath of the Wild or Luigi’s Mansion 3 and third party games like Monster Hunter Rise and Fast RMX, it’s clear that the Switch is quite an impressive little machine in terms of power. However, there is a massive disparity in terms of capabilities between it and the Xbox One or PS4 that has only grown worse with the introduction of the PS5 and Xbox Series S/X consoles. Add the announcement of the Steam Deck on top of all that and 2021 really has been a year full of concern for the future of Nintendo’s aging console.

Ys IX: Monstrum Nox is not the type of game you’d expect to be able to push the Switch beyond its limits. Even on the PS5, visuals sport a nice looking sort of cel shaded anime type look, and have about as much visual complexity as one of the Tales games from the PS3 generation. At first glance, the game doesn’t appear to be anywhere near as mechanically demanding as something like Breath of The Wild which is practically a physics simulator disguised as an open world game. But performance issues including dropped frames, pop-in, and constant slowdown make it hard to recommend the Switch version.

Ys IX is certainly not a bad game. The gameplay is generally really solid for a start, with fun combat even though it’s certainly not fluid. The Ys title shares some similarities to other action RPGs in terms of how the combat works, but the system as a whole feels fairly unique and well thought out with a neat little rock-paper-scissors mechanic in play to spice things up. The dungeons especially standout as a real highlight. Adol gains various interesting abilities to help him navigate the world, like the ability to warp between specially marked points or run up walls and the dungeons are designed in a way that makes strong use of these abilities. Sadly, the abilities Adol unlocks later in the game feel far less useful than the ones unlocked early on. These abilities feel much more restrictive in terms of where and how they can be used and don’t completely change how the player approaches the world in the way something like the wall running ability does.

As is typical for an RPG, Ys IX sports a charming cast of characters and an interesting scenario to enjoy. The story narrative feels somewhat unorthodox and fresh by RPG standards, particularly in that the story is almost entirely set within a single city and how heavily it focuses on the political atmosphere within. It serves as a beautiful contrast to the usual globe-trotting adventure that describes many other JRPG storylines. One caveat worth mentioning: the story begins with Adol arrested for essentially being involved in the events of all the previous games in the Ys franchise. This results in a barrage of references to events from previous games really early on, with some even resulting in multiple choice prompts in which characters ask Adol about events from previous Games that a player may not feel comfortable answering, even if the choices are ultimately meaningless. Once the player is past this opening sequence the game becomes much more accessible to newcomers to the series in terms of story, as events from the previous games in the series are all but forgotten in favor of an exciting array of new characters and plot elements. A large portion of the story involves uncovering the mysteries of the prison that Adol becomes imprisoned in, as well as learning the identities and motives of these mysterious people called Monstrums who have been causing trouble for the local townsfolk in the town of Balduq, where the prison is located.

Balduq serves as the overworld and while ingame it is merely referred to as a town, by video game standards, it is a massive medieval metropolis with all sorts of people to talk to and places to see. At the beginning you only have a small segment of the city to work with, however, it isn’t long until you have a sizable chunk of area to explore. By progressing through the story and completing these pseudo-tower defense segments in which Adol helps his new allies fend off the game’s main foe, the Grimland Nox, the player gains more and more access to different parts of the city. Seeing how the different parts of the city connect to each other is a real treat and it’s clear that a large amount of effort went into designing the city. Using Adol’s abilities to traverse the city is also an absolute joy. A handful of more natural areas are also beautiful to explore, so the focus of the overworld does lie outside the walls of Balduq as well.

Unfortunately, even the strengths of the narrative come with compromises on the Switch. The excellent story is undermined by the fact that while a large portion of the game’s dialogue has voice acting, the game still uses text based dialogue extensively. This should not be an issue but text is not consistently sized and sometimes is small enough that it can prove difficult to read in handheld mode. A lack of an option to change the size of the text is painfully felt.

In addition, many of the cutscenes are haunted by technical hiccups that can prove distracting to those attempting to get invested in the story. In a particularly amusing example, a cutscene failed to load the ground beneath everyone’s feet so for the first 5 seconds, Adol and co. were walking on thin air. Most cutscenes that take place in indoor areas feature noticeable lighting issues where lights will flicker on and off at random in the middle of dialogue. This is especially prevalent in a location called ‘The Dandelion’ that serves as Adol’s base of operations and also where something like 15% of the cutscenes end up taking place.

Those dungeons that were mentioned earlier are also quite troublesome on the Nintendo Switch. While they are generally a highlight in terms of design and how they utilize Adol’s movement abilities, they are also where the performance is at its worst. Paradoxically, it appears that in some cases, the smaller the dungeon is, the more of an adverse effect it can potentially have on the performance. A specific mini-dungeon visited during a sidequest consists of only two rooms and yet, during one visit, it managed to slow the framerate to single digits. Conversely, a later dungeon that featured a large open room with a large number of enemies roaming around seemed to run much more smoothly by comparison.

Even the fair city of Balduq did not survive the conversion to the Switch unscathed. Frame drops and slowdown are a common occurrence while in the city and just wandering through the overworld leads to an inconsistent frame rate. Surprisingly, Balduq is significantly more stable in that regard than some of the dungeons, though this is before enemies are thrown into the mix. Passing through specially marked portals in Balduq causes a group of enemies to spawn that you can defeat for experience, or to fill a gauge to trigger the next Grimland Nox fight. These enemy encounters can cause significant problems for the already unstable framerate in Balduq and in one case, led to a hard crash. Transitioning to and from cutscenes also lends itself to issues, resulting in another crash to the home screen. Some of the larger scale Grimland Nox battles also take place inside the city proved to be a nightmare for the performance.

Ys IX is a solid game that’s worth playing for someone who is interested, just maybe not on the Nintendo Switch. The Switch version’s technical issues are more than sufficient to detract from the overall experience, and even the strongest moments such as the dungeons or story segments are hampered by framerate issues or other technical hurdles that it just fails to overcome. For someone who has access to the PS4 or PC versions of the game, it would be well worth looking into those versions instead, as it is reasonable to assume that those versions will run significantly better than it does on Switch.

It’s unfortunate that Ys IX couldn’t have been better optimized to run more smoothly on the Switch considering how many graphically or mechanically complex games can play with much fewer issues. Diehard fans of the series or people with an extremely high tolerance for performance issues likely will find it easier to enjoy their experience. One can hope that some kind of patch is in the works to address some of the performance issues, but in the end perhaps Adol’s latest adventure on Switch should remain locked inside the darkest corners of Balduq Prison.