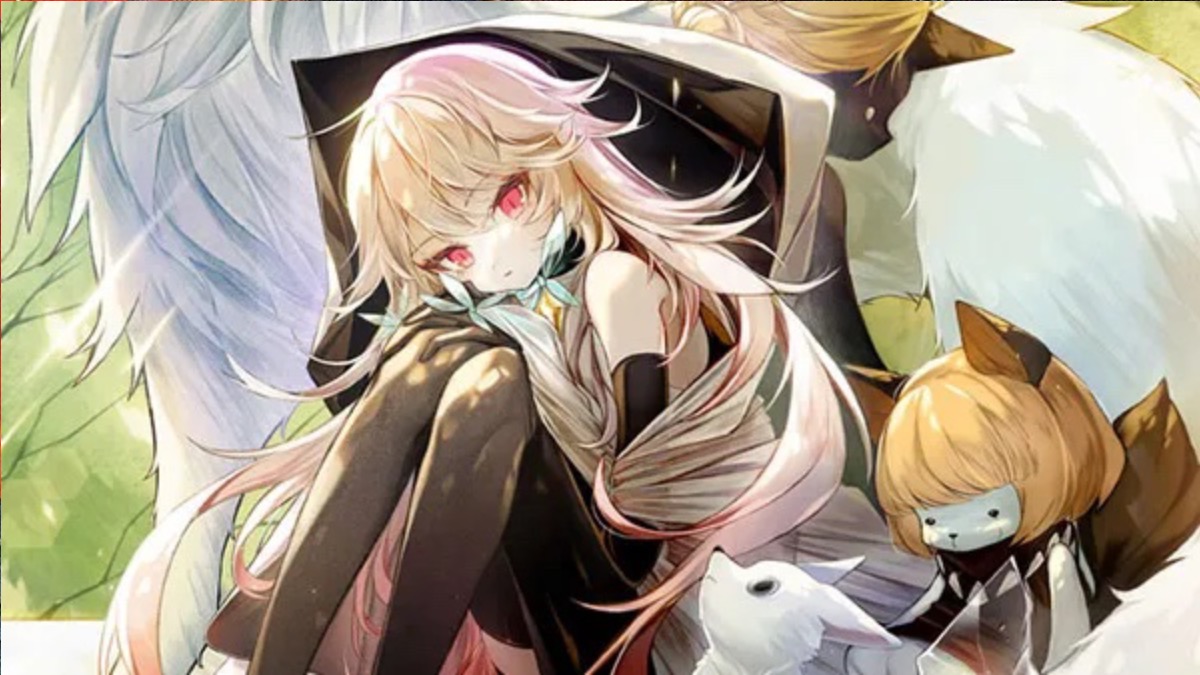 WitchSpring 3 [Re:Fine]: The Story of Eirudy on Nintendo Switch

Home » WitchSpring 3 [Re:Fine]: The Story of Eirudy on Nintendo Switch

Witches have a bit of a reputation problem.  Living alone in the woods, they tend to be the subject of cautionary tales dealing out punishment to wicked children and ambitious men.  But what if their power was more godly than mere sorcery?  And what if they were forced to choose between using their powers to help the world or avoid the prejudice of others and stay in isolation?  And what if they wielded a sword better than most warriors… while also riding a boar doll?

WitchSpring 3 [Re:Fine]: The Story of Eirudy is a collaborative effort from mobile developer Kiwiwalks and developer Ikinagames to update and remaster the popular mobile game for the Nintendo Switch.  While the mobile foundation is still felt in the game’s graphics and overall production values, the final product was absolutely worth the effort to find a new audience on the Nintendo Switch.  WitchSpring 3 [Re:Fine]: The Story of Eirudy is an engaging and engrossing game that provides an entertaining, if somewhat brief, role-playing experience.

You play as Eirudy, a reclusive and lonely witch living alone in the middle of a misty forest with only her dolls as companions.  The motif of dolls and puppets is the binding thread throughout the game, both mechanically and narratively.  As the game progresses, Eirudy unlocks the ability to infuse her dolls with a lifeforce and can summon them into battle.  The dolls provide different buffs and abilities: some provide healing, others provide physical or magical attacks, some provide defense, some can serve as mounts for travel, and so on.  As Eirudy wins battles, she collects vitality from her fallen enemies, and this vitality is used to awaken new dolls or level up her current dolls. Three dolls can be summoned per enemy encounter, giving the player choices for which dolls to use. Choosing the right combination of dolls is especially important when facing more difficult enemies and bosses as the game progresses, and the game provides ample flexibility to mix and match dolls to suit your playstyle.

Combat is quick and engaging.  In addition to the dolls, Eirudy also has combat options for spell-casting, using items, physical attacks, and defensive actions.  Equipment grants specific bonuses, such as providing an additional magic shield when magic is used or allowing Eirudy to use an item without costing her an action.  What you choose to do in combat also impacts Eirudy’s progression.  For example, if you complete combat using only her sword attacks, her “Strength” stat will increase at the end of the encounter, but if you use magic, her “Magic” stat will increase, and so on.  The only qualm I had with combat was that because there are no overall “level” indicator for encounters, it was a little difficult to fully understand what the various numbers meant early on.  Other than story events and boss battles, all combat encounters are optional; you simply walk up to the enemy and choose to fight or not.  Before the combat, you are shown the stats and summary of the enemy, and initially it was tricky to know who I could defeat or who would wreck me in one hit.  Thankfully, after a couple hours the numbers made more sense, and there were delightful moments later in the game looking at optional mega-creatures with enormous numbers and being able to determine the odds of victory.

In addition to the combat options, much of the game is spent training Eirudy or crafting items to match the player’s desired playstile.  Completing main story quests and side quests unlock training time for the player to choose which skills to increase.  Players also craft items, tools, and magical aides to help Eirudy in her journey.  Crafting components are readily available on Eirudy’s journey, and specific items don’t require too much effort to obtain.  All of these methods for improving Eirudy and forging an individual playstyle create a constant feeling of progression and satisfaction, but perhaps at the expense of game balance.  At roughly the halfway mark of the story my Eirudy and her battle dolls felt overpowered compared to even the largest enemies in the game.  However, this wasn’t a flaw for me, because part of the fun of an RPG is the feeling of empowerment created by a good character build and I was able to experience the engaging story at a brisker pace.

Eirudy’s story is a lovely little love tale about friendship, power, and belief.  Eirudy’s lonely existence is dismantled by a chance encounter with a young boy, Adrian, and they embark on an adventure full of humorous and colorful characters, unfolding mysteries, and shocking betrayals. The game provides a handy quest log to keep track of activities and major story beats and keeps you moving along without much doubt about what you need to do or where you should go.  In the latter half, several choices are made to determine which of the 3 story-line branches and 2 endings you’ll receive, so there are some options for replayability in addition to several hours of post-game content provided.  The main story itself took about 12 hours to complete, and I felt it was just the right amount of story without overstaying its welcome or dragging out with unnecessary padding.

WitchSpring 3 [Re:Fine] plays well on the Nintendo Switch.  The isometric graphics are clean and simple, and character models are easy to distinguish.  The framerate dips whenever a large enemy attacks or too much is happening on-screen, but Switch owners should be used to some erratic performance issues.  Larger character or doll models sometimes create clipping issues with the surrounding environment, and some graphical effects like mist look a little off in docked-mode on a higher resolution.  Excellent hand-drawn illustrations are peppered throughout the game and provide a nice boost to the overall aesthetic.  The music is pleasant and fitting, and most of the game is voice-acted in both Japanese and Korean.  Several errors either in translation or in the transcription of the translation are a bit disappointing, as are some missing or omitted letters at the ends of words that are somewhat frequent in occurrence both in dialogue and during combat, but nothing gets in the way of understanding the game or its systems.  While the overall package is nothing spectacular, the work that Kiwiwalks and Ikinagames have done to update and remaster WitchSpring 3 for the Nintendo Switch is considerable.

WitchSpring 3 [Re:Fine]: The Story of Euridy is a pleasant and engaging game on the Nintendo Switch.  The delightful story pairs well with the flexible playstyle and character development options.  WitchSpring 3 [Re:Fine]: The Story of Euridy is a bit shorter than a typical console role-playing game, but I found it was just the right length before its systems and narrative lost their sense of fulfillment and satisfaction.  I didn’t want to put the game down, but I felt content when I did. You can only play with the same dolls for so long before needing a new one to try.