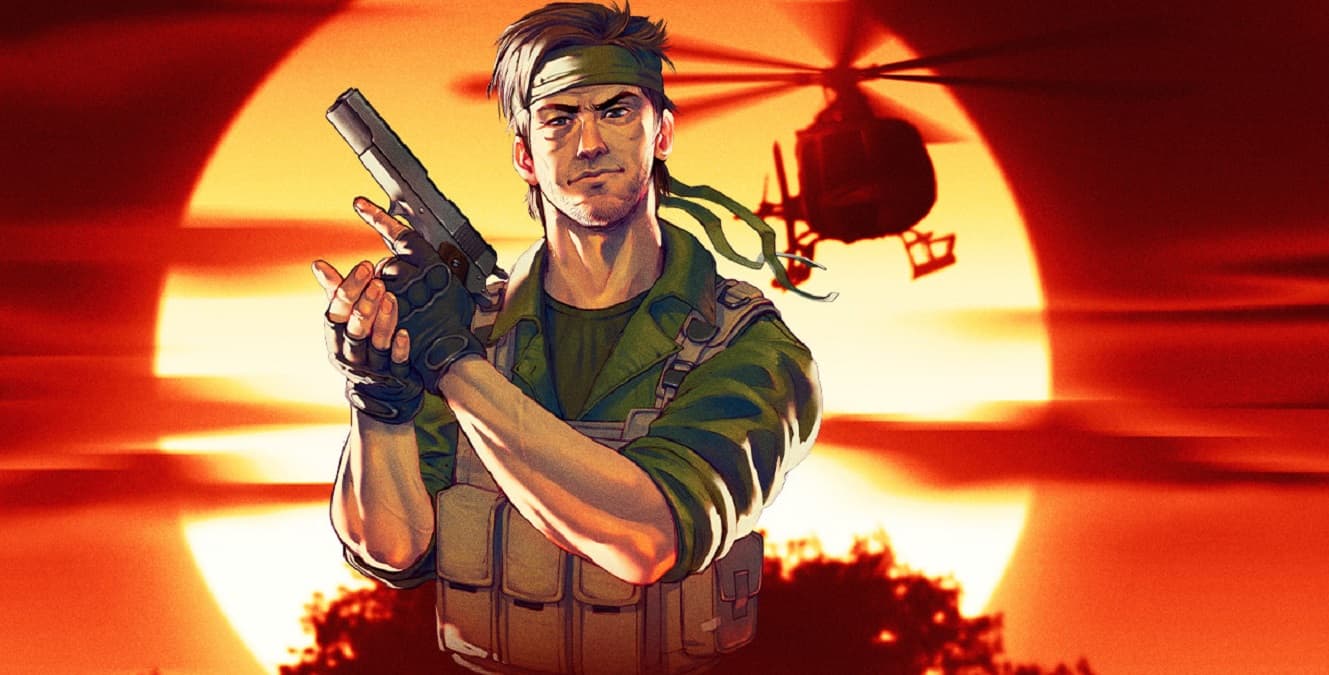 “Satire is a lesson, parody is a game,” Russian-American novelist Vladimir Nabokov once quipped, and while the esteemed author may have famously mastered chess and its mechanics, Mr. Nabokov could not have imagined the depths that parody might achieve in a medium such as video games.  Where other media face the danger of exaggerating style and caricature without achieving a meaningful substance beyond reference to its source material, video game parodies have to provide a satisfying gameplay experience for the player to continue engaging with the mechanics in order to experience the style and conventions they are lampooning.  This is a difficult feat to achieve, and successful attempts deserve notice.  UnMetal, from developer Unepic_Fran, succeeds as an entertaining video game parody with enough satisfying gameplay that gives it a substance to call its own.

In UnMetal, you play as Jesse Fox, a prisoner attempting to escape a covert military base where you were imprisoned for a crime you didn’t commit (a line the game repeats nearly endlessly).  What begins as a seemingly simple premise quickly devolves into an absurd tale with unreliable narrators, fourth-wall destruction, and a never ending series of juvenile humor and running gags.  The story of UnMetal is beyond silly and succeeds as being a loving parody of the Metal Gear franchise, driven by the stupidity of main characters making absurd choices while facing over-the-top threats.  The game always goes for the gag, and while the jokes don’t always land, the effort alone and the sheer volume of ridiculous ideas keeps the game fresh and entertaining.  The constant wonder of what might happen next is wonderful and often times the answer is surprising and delightfully stupid.

The breakneck pace of the humor is matched by the rapid pace of the game.  On top of a solid foundation of stealth gameplay, UnMetal builds an enjoyable experience by constantly throwing new challenges to keep things moving.  Numerous bosses appear throughout the game with their own unique challenges, and provide time-based challenges, clever environmental puzzles, narrative dialogue options, and more.  The variety of tasks is sufficient enough to keep propelling the player to the next objective.  Much like the Metal Gear series it lampoons, there is a substantial and mechanically fulfilling game underneath the absurdity.

While UnMetal offers a rich gameplay experience with plenty of variety, not all the challenges are equally engaging.  Most of the challenges are well-designed and thoughtful, but there are enough tasks throughout that are frustrating and often rely too much on trial-and-error gameplay.  Thankfully, the game uses plenty of intelligently placed auto-saves in addition to save areas (which happen to be bathrooms) and an absolutely absurd quicksave system where you fill a portable potty (really!), so the more frustrating tasks are not as annoying as they could be, but they are still bothersome at times.  However, the portable potty (again, really!!) can only be used once before being “emptied” at a save station toilet, so it sometimes is more frustrating than useful to use.  The game does allow you to lower the difficulty, but it does not allow you to toggle back and forth, which might have been a nice option.  Overall, UnMetal offers a good challenge, but some of the tasks are frustrating and borderline infuriating.

UnMetal looks, sounds, and plays like a polished 8-bit stealth action game.  Modern touches to the presentation are plentiful, including full voice-acting and well-done pixel-art for various scenes.  Controls are precise, and the game offers a simple experience system where you can earn additional abilities by collecting experience points for successful stealth takedowns of enemies.  In adherence to its 8-bit lineage, the menu system is sometimes clunky to use, but the simplicity of the menus is more charming than annoying.  Overall, UnMetal puts its disparate pieces together beautifully and achieves the aesthetic of a parody of the Metal Gear franchise while still being enjoyable to play.

UnMetal is an entertaining adventure.  While the brash, joke-a-minute pace and low-brow adult humor might not be to everyone’s taste, the stealth gameplay and variety of challenges are enough to recommend at least taking a look or trying a demo.  There might be a few moments where you want to throw the controller at the screen, but they are followed by absolutely ridiculous gags that provide a much-needed release.  UnMetal doesn’t take itself seriously, but there is a seriously good game underneath its retro aesthetic and exaggerated comic narrative.

UnMetal is available on PlayStation 4, PlayStation 5, Xbox One, Xbox Series X, Nintendo Switch and PC stores Steam, Epic Games Store, and GOG.  This review is based on the PlayStation 4 version, review code provided by publisher Versus Evil.