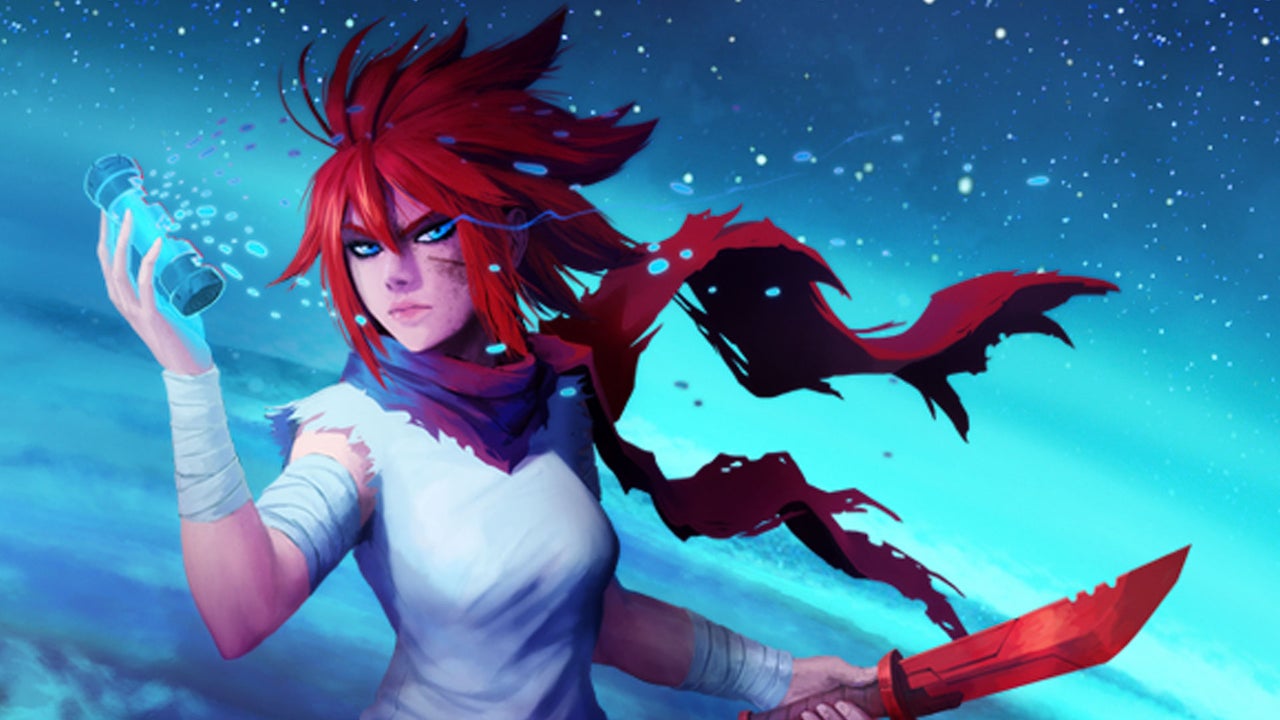 A generational gap certainly exists between those who grew up in the era of renting games and those who did not. Anyone old enough to have had their own Blockbuster card grew up with video games specifically designed to take more than a weekend to beat. The standard choice of developers during this pixel game era tended to pad out games with punishing difficulty, creating a whole generation of gamers used to thoughtful step by step progression. Though it boasts the same pixel graphics from the bygone era, Aeon Drive is designed for a younger clientele that developed a taste for trying to beat games in the shortest amount of time possible.

Aeon Drive doesn’t delve too deep into the lore, relying solely on its platforming mechanics through a forced speedrun scenario as its source of entertainment. A simple premise is presented at the start of the game explaining how the protagonist, Jackelyne, crashes her dimension hopping ship into the cyberpunk city of Neo Barcelona and has little time to collect the engine cores before they melt down and destroy the city. The ship comes with an AI that assists the hero and provides a second voice for some conversation between levels. The banter between the two is well written, but the small amount of voice acting quickly becomes repetitive.

Aeon Drive is divided into 10 different locations with 10 levels each that need to be successfully completed within a 30 second time limit. Most of the levels look pretty much the same, consisting of platforms with a few enemies to avoid, some laser walls to teleport through, and a progressively higher difficulty of things to avoid the deeper you go. The ultimate goal is to get from point A to point B without dying and within the time limit. Multiple routes are available, and the time limit can be extended by collecting batteries along the way that when used, add time to the limit. A single touch by an enemy or obstacle will kill Jackelyne, resulting in the ship’s AI turning back time to restart the level for another try. Thankfully, the loading times on the Switch or near non-existent, each death means only a delay for a few seconds before you’re backing trying to avoid the spot that killed you.

The highlight of Aeon Drive is definitely the well designed platforming mechanics. Jump height feels spot on, sliding and the single slash attack both feel smooth and well paced. The most important mechanic however is teleportation. Jackelyne throws a ninja star-like projectile that sticks to walls and when triggered, allows her to teleport to its location. Mastery of this mechanic is necessary for progression since it’s used on every level and in succession. As someone who doesn’t focus on platform games all that often, the difficulty felt fair, maybe even slightly leaning towards being a bit easy. Completing all 100 levels only took a couple of hours, and based on the brief ending, I would hazard a guess that a true ending is gated behind finding all the collectibles found in each level.

Clearly, the main focus of Aeon Drive is to speed run through each level as quickly as possible. An online leaderboard is included for each of the 100 levels as a means of motivation to replay as often as it takes to reduce your time. Normally my competitive nature would compel me to work towards becoming first in as many levels as possible, but the lack of variety of level design left me feeling like I had played enough. The mechanics of movement driving the platforming and the lovely pixel graphics deserve praise, but the short shelf life of speedrunning left me wanting something more.