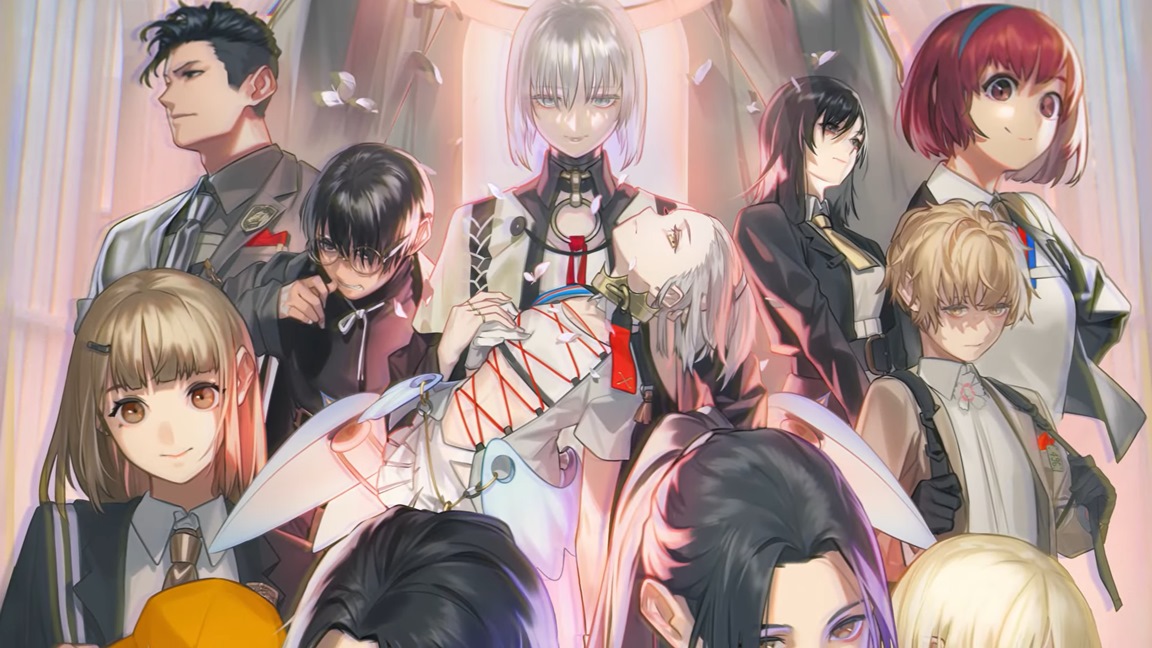 We all want to get away.  As Siddartha Gautama wisely told the world over 2500 years ago, life is hard and there are reasons it is hard but we can use the inevitable difficulties of life to grow and enrich our inner strength.  Or, we can ignore the true nature of life and seek distraction and try to escape rather than confront the pain.  If you are seeking escape, what better place than a fictional utopia where your dreams come true?  But what happens if you become aware of the facade?  Are you willing to look into your past regrets in order to escape the dream?  These are the questions posited in The Caligula Effect 2, the sequel to the cult hit The Caligula Effect which was originally released for the Playstation Vita and later remastered for the PlayStation 4 and Nintendo Switch.  If it sounds like an anime version of The Matrix, that’s because it is.  Add in a Persona-esque high school setting focused on individual identity revelations and empowerment, and you have The Caligula Effect 2.

In The Caligula Effect 2, you become aware that you are trapped in a simulation called Redo, created and maintained by a virtuadoll named Regret and her band of followers called the Obligato Musicians.  Under the guidance of the invading virtuadoll x, you form the Go-Home Club, a group of characters who become aware they are trapped in a simulation and decide to try to escape the dream and return to reality.  Naturally, Regret and her crew are not too pleased with this, and will attempt to thwart your efforts.

The other denizens of the simulation become the tools of Regret and the Obligato Musicians by being transformed  into enemies that the Go-Home Club will fight as you progress through the various dungeon levels en route to personal discovery.  A Japanese-style role-playing game can only go as far as its battle system will carry it, and thankfully The Caligula Effect 2 features engaging and enjoyable combat mechanics.  All combat maneuvers draw from a pool of action points, and careful management of these points is crucial to ensure you have the right maneuver ready when the opportunity arises to deliver serious damage to your foes.  To help effectively manage your points, the battles in the game allow you to forecast your future moves to maximize stacking hits of attacks and countering or avoiding enemy attacks.  The game does this by showing you a visualization of how long your turn will take, what the enemies’ actions will be, and the future effects of your choice of attack and timing.  Once you have a full party of 4 characters, battles are an engaging experience watching your carefully orchestrated plan come together to deal critical damage in tough situations.  Boss battles in particular can be grueling and challenging puzzles, but they are fair and reward careful planning and foresight.  Each new member of the Go-Home Club offers unique combat advantages and disadvantages, allowing players to mix and match their party members to best meet the challenges in the lengthy campaign.

The system isn’t perfect, though.  While the game offers to control your other party members through AI “auto” battling, it quickly becomes more annoying than helpful and the system is helpless trying to fight bosses.  While timing your moves is fun, the sliders you use to do are a little fidgety and slow.  In addition, every time you adjust the slider, the entire animation for the turn restarts from the beginning, which can be frustrating when you are trying to get the timing as precise as you’d like.  Because all combat moves have various levels of cooldowns, it is fairly common to spend time watching your characters dance in place while the combat turns reset.  Encounters with several enemies at once are also a tad too long at times.  Overall, the battle system is still the star of the game, despite these minor frustrations.

The other star of the game is the music.  Music is a central thematic component to the narrative of the game, and the musical soundtrack is loaded with catchy Japanese pop-songs that match the weight of their narrative importance.  Each dungeon has its own vocalized track that plays throughout with a faster-paced variation at the dungeon’s boss.  While this is a nice touch, in longer dungeons hearing the same song on a loop can be a little grating towards the end of the dungeon.  Minor quibble aside, the soundtrack in The Caligula Effect 2 is inspired.

The dungeons are considerably less-inspired.  They are your standard fare, consisting mostly of empty corridors and occasional rudimentary puzzle-solving.  Enemies wander around awkwardly in order to give you opportunities to perform back attacks to gain an edge in combat.  Otherwise, you’ll progress through the lackluster dungeons and find colorful shiny things and hit them to collect items or equipment.   Equipment comes in the form of “Stigmas,” and are essentially dispositions and character traits that carry specific benefits and buffs.  You collect many throughout the game and the game does a nice job encouraging you to mix and match various Stigmas to receive specific benefits.  Many side quests also require equipping specific Stigmas in order to achieve the objective.

The Caligula Effect 2 features a bewildering number of side characters that provide you with sidequests.  There is an absurd amount of additional quests to complete to gain various rewards in the “Causality Link,” which essentially visualizes and tracks your progress on these quests and reveals details on the many characters throughout the game.  Many of the quests are completed just by working through the game, while others require specific actions to be taken.  It is a bit overwhelming and difficult to track, but there is a lot of content and activities for those that like an abundance of tasks in their games.  In addition to the enormous amount of quests assigned to side characters in the world of Redo, there is also a considerable amount of content provided for the members of the Go-Home Club.  You’ll get to know each of the characters and begin to unravel their dark secrets and regrets on the journey to escape Redo, and progression through their individual stories is linked to the amount of time you use them in combat, giving players a narrative incentive to try out new battle tactics and party formations.  While the main character is a generic empty avatar, the colorful and quirky characters make the journey through Redo and its stale dungeons worthwhile.

While the characters are nicely drawn and have identifiable character models, the world of Redo, and The Caligula Effect 2 in general, is a little ugly for a utopia on the Nintendo Switch.  The game comes across as a higher-resolution PlayStation 2 title, with flat lighting, blurry textures, empty locales, stilted animations, a limited color palette, and boring world design that somehow still needs to use loading fog.  The battle screen spices things up with a kaleidoscope of images running across the screen, but even then the graphical fidelity is well below modern expectations.

The graphics are even worse in handheld mode.  While the docked version looks adequate if you are fine with an upscaled PlayStation 2 game, the handheld mode suffers from an awful resolution and image quality.  This is especially disappointing, because trudging through dungeons and tackling sidequests is well-suited for handheld play.  While the game is certainly playable in handheld mode, the image quality is bad enough for me to recommend sticking to docked mode or opting for the PlayStation 4 version of the game.

The Caligula Effect 2 is a big, content-heavy, competent game that suffers from poor graphical presentation.  The premise and characters are interesting and the combat system is engaging, which helps make up for lackluster dungeons and world design and sub-par visual presentation on the Nintendo Switch.  It’s not a game that you’ll be clamoring to escape too, but it is one worth spending some time in to take the edge off.  At the very least, you’ll get some catchy songs stuck in your head.

The Caligula Effect 2  is available on PlayStation 4 and Nintendo Switch.  This review is based on the Nintendo Switch version, review code provided by publisher NIS America.