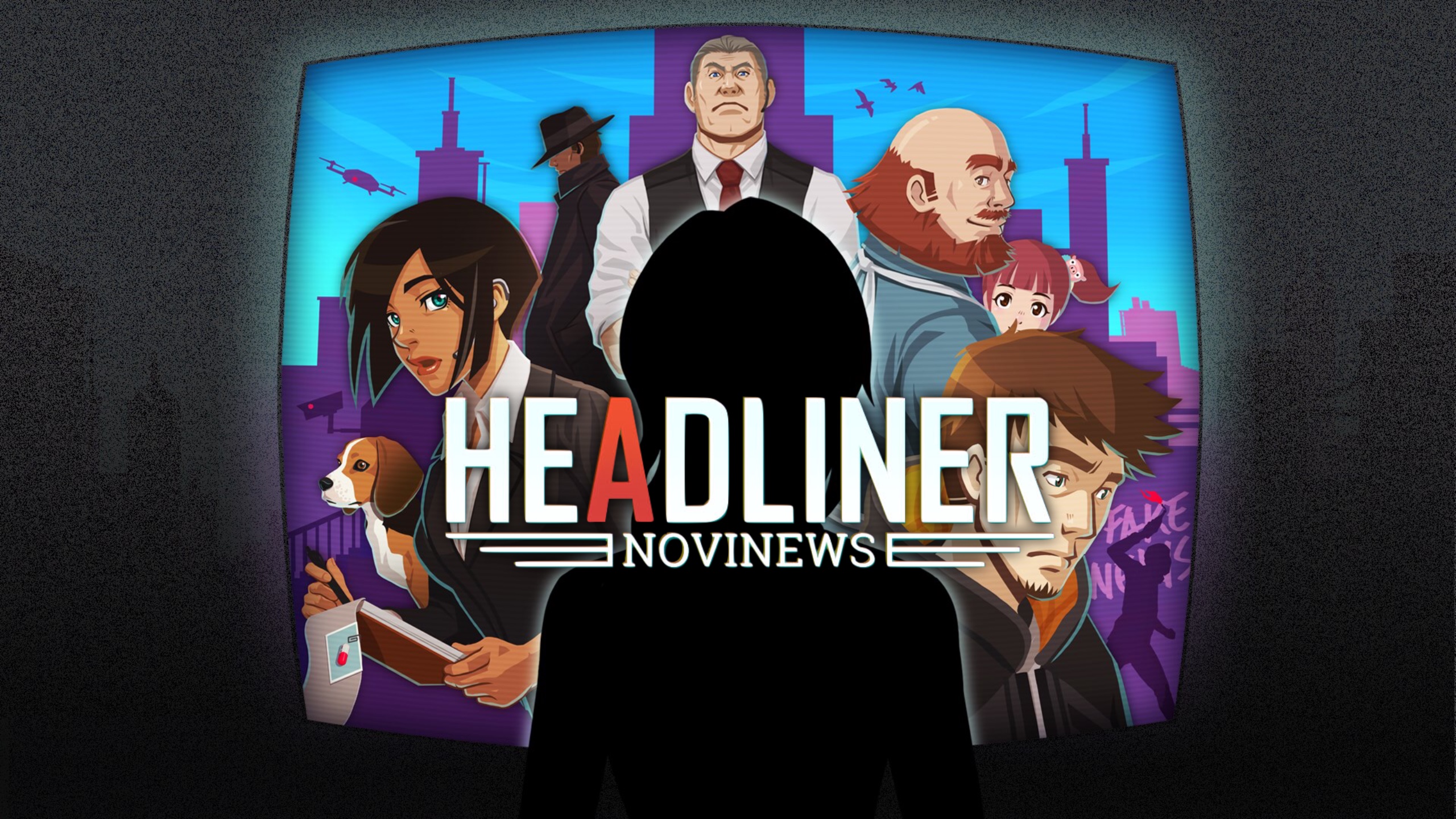 Taking on light topics such as immigration, police brutality, and socialized medicine; Headliner: NoviNews does an excellent job of presenting difficult decisions with long lasting consequences. The short game session structure ensures that choices made have immediate results keeping you on the edge of your seat, and encourages you to stay up late to get in just one more turn.

As the newly hired lead editor of a major news network, you get to decide which stories get coverage and those that will be buried. A number of different articles from your crack reporting team sits on your desk each morning. Each story takes a side on a specific issue, by choosing to either run or block the report, you’ll be broadcasting the network bias and swaying public opinion. Different factors need to be considered when making a decision about running a story; Will you anger a major sponsor? Does it contradict the government’s narrative and thus will draw the ire of the Prime Minister?

After choosing which articles to publish it’s time to head home for the evening. On the walk home you’ll see firsthand the impact of your choices. Eavesdropping on public discussions provides insight on the impact on the general public, mobs burning down buildings is a slightly more obvious indication. Daily interactions with three main relationships illustrates how you’re personally affected. Evelyn Rivera is a foreign correspondent from the neighboring country Learis. As an important employee and potential love interest, her experiences show the impact of current events on immigrants. Your brother Justin is an aspiring comedian dealing with mental health issues and has to deal with government censorship and health care problems. The last point of view comes through Rudy, a local shopkeeper whose competing with foreign corporations while trying to care for a daughter on his own.

The role as a Headliner lasts for 14 days. The fate of your job, friends, family and even the country come to a dramatic conclusion by the end of the two weeks. An epilogue explaining what happened to each person will conclude the playthrough and provides the option of sharing the details with your friends on social media. With each day taking approximately 10 minutes to get through, it’s a pretty exciting 2 to 3 hour story. One game certainly won’t be enough, I’ve done several already each with its own unique conclusion and I’m still ready for more. Past endings are referenced in subsequent attempts which I appreciated, it gives an added value to consider when deciding on your actions in each and every game.

The number of issues afflicting the world of Headliner are a blatant parallel to the current political climate in the United States. If you have a hard time turning on the news these days it may be a bit painful picking the daily stories of Novistan. Thankfully, I didn’t feel like I was getting a lecture, each side of every issue can be explored and the endings don’t cast a judgement on your choices. Its main message is to illustrate the effect the news can have on our daily lives, and gets the point across in a very entertaining way.