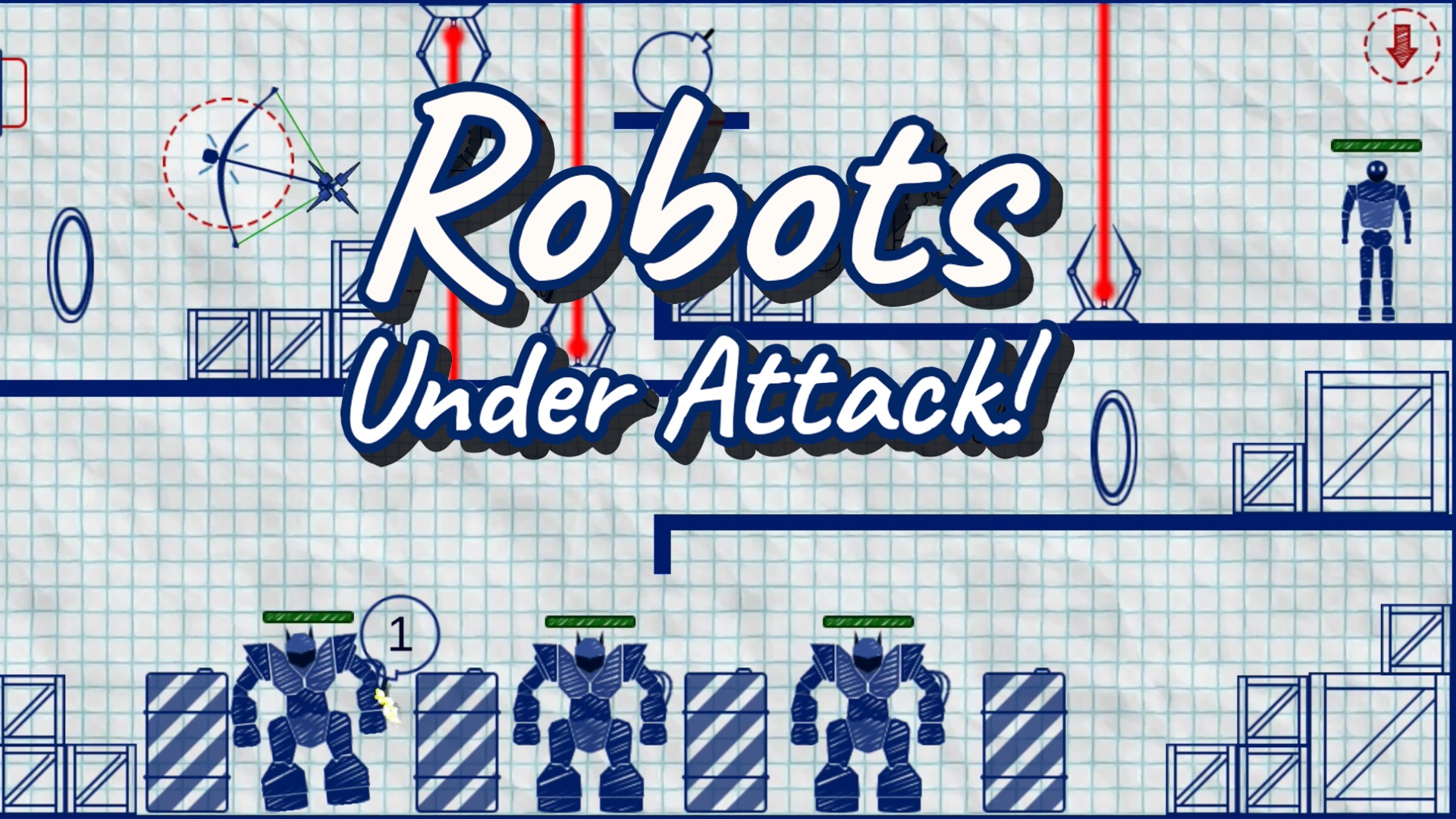 By David LloydSeptember 28, 2020No Comments

What I appreciate most about owning a Nintendo Switch is the ability to just pick up and play wherever I am, and for whatever amount of time I have. When I’m on the road and have time to kill, I’d much rather play a quick puzzle game on the Switch than a gacha money pit on my phone. One such option for some simple fun in short bursts is a cute robot destroying puzzle title called, Robots Under Attack! What the indie developed title lacks in flair it makes up for in a simplicity of design that does a swell job of utilizing basic physics for enjoyable, bite sized levels.

Robots Under Attack! gets right to business, forgoing any story and getting right into the puzzles. The premise is extremely simple, destroy all the robots on the screen with a bow and arrow. At the start of a level, a circle indicates the area where the bows will be shot from, and the goal is to either hit the robots directly or use whatever objects are available to cause robot destruction. Part of the puzzle mechanics require proper usage of a finite amount of arrows that come in 4 different varieties. A decent number of physics-based obstacles are available, whether it’s striking buttons to activate walls and cranes, shooting arrows through portals, or causing chain reactions with different explosive devices.

The puzzles aren’t terribly difficult but provide an enjoyable few minutes per level to figure out. The simple graph paper-esque aesthetic requires very little processing so more time is spent shooting arrows than waiting for screens to load. With 100 levels and some neat boss battles, Robots Under Attack! provides a good amount of content that will take a while to get through.

Robots Under Attack! may not be bringing any terribly new ideas to the genre but what it does, it does well. The clean and clear aesthetic along with clever level design  accomplishes what it sets out to do: provide a short and thoughtful experience. Whether you’re looking to kill a few minutes on the bus or wanting a brain workout before bedtime, figuring out how to blow up a bunch of robots is a satisfying use of time.