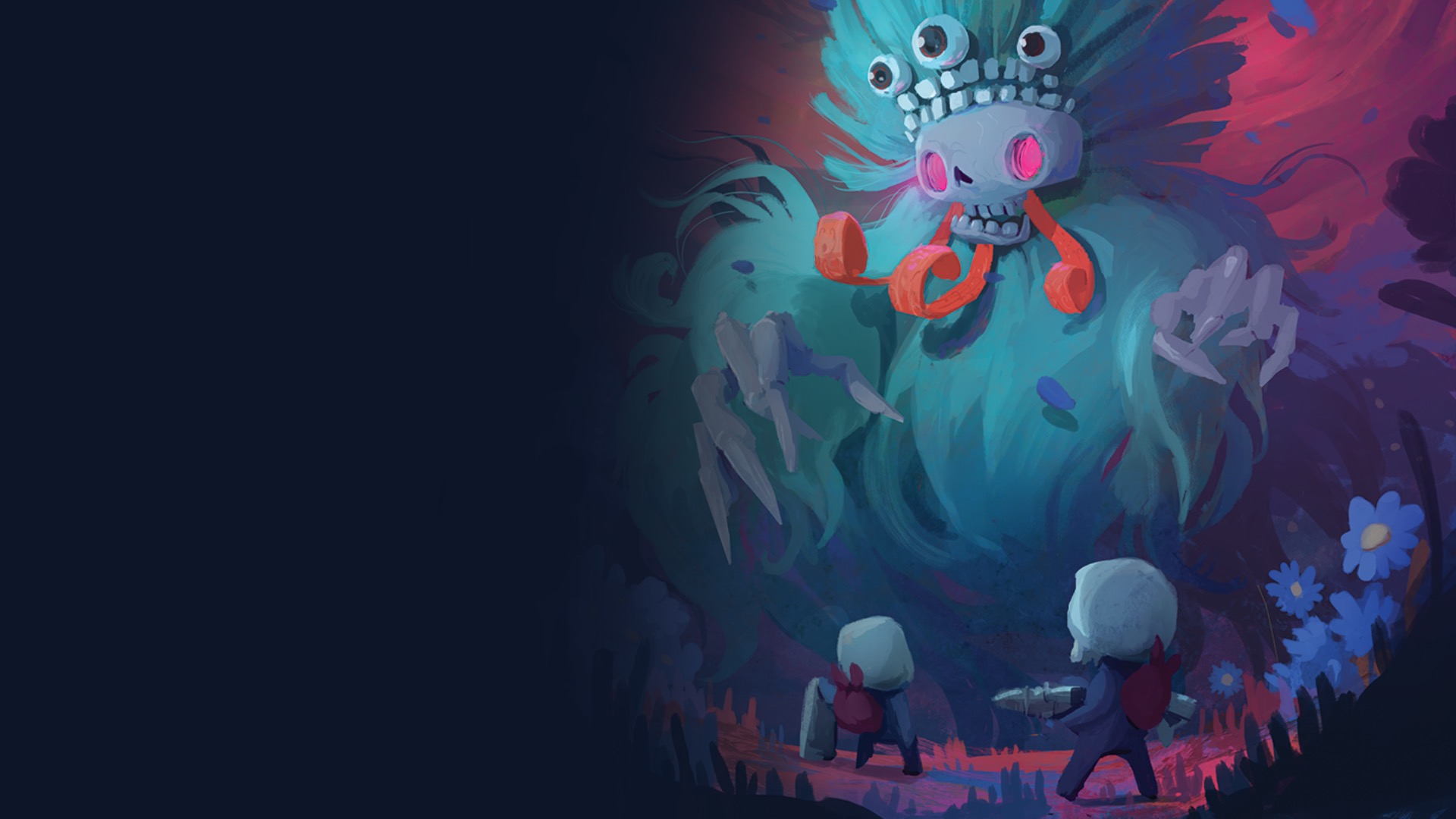 By Casey GibsonOctober 28, 2020No Comments

GoNNER 2 picks up right where the original left off; bringing intense, highscore-chasing gameplay and a wonderfully strange and at times, colorful world. With a large number of loadout options and more control over your route, each run feels distinct. It can prove to be a challenge and at first can be intimidating, but the juice is well worth the squeeze.

GoNNER 2 is a side-scrolling roguelite shooter that puts a heavy emphasis on combos and racking up the highest score possible. You can traverse each area at a more methodical pace to ensure survival, but you’re rewarded for going for it. Chaining kills equates to big points as you see the multiplier grow and both the music and visuals intensify. The first time this happens is really where the game clicks, leaving you with the determination to hit that point again and push it as far as possible.

A few changes are made to the flow of gameplay in GoNNER 2, but they feel good and help differentiate the experience. Like in the original, picking a head and weapon remain the same, but instead of one power up, you pick up an empty backpack and will collect power ups out in the field. It once again helps make each run feel different compared to GoNNER where one could argue it eventually wore thin. The heads offer a nice range of different effects, for example the VVVVVVV head which, you guessed it, flips your gravitation. There are also a nice variety in weapons to suit all sorts of play styles.I had fun experimenting, whether it be blasting groups of enemies apart with my grenade launcher or using the rifle to pick enemies off from a far. It was always exciting to find a new weapon or head to use in the coming runs.

Movement feels faster in GoNNER 2 and I really enjoyed jumping and darting around with the dash. Being able to make quick movements helps to keep the combos alive, feeding into the highscore mentality. The game plays with movement at times, whether it be from a power up or finding yourself underwater.

Visually the world is stunning and the sound design is second to none. The eureka moment when you hit a high combo is something that really locked me in when playing the original and the feeling is captivated just as well here. Local multiplayer was added, but unfortunately I didn’t have the means to test it out. I was sad to see the Daily Challenge not make the cut, a mode where everyone plays the same run on a given day to see how they stack upon the leaderboard. This was added to the original in a patch post launch, so hopefully we can see history repeat itself.

When it comes to roguelite shooters, you’ll be hard pressed to find a better offering than GoNNER 2. While certainly challenging and a bit obtuse at times, once things click you’ll find yourself having a hard time resisting the urge for another run.