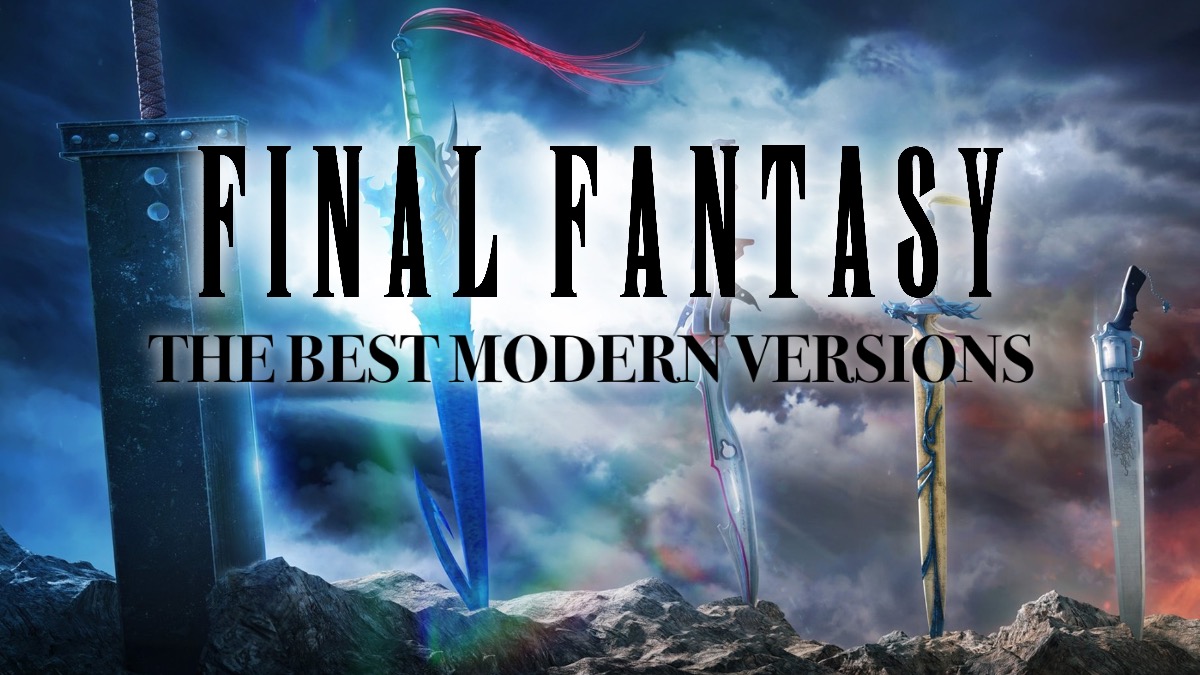 How To Play Classic Final Fantasy Titles in the Modern Era

Final Fantasy fans have a lot of reasons to get excited in 2021.

Square Enix is set to release more information on the confirmed 16th mainline title some time in 2021, the latest expansion to the highly successful Final Fantasy XIV is confirmed for later this year, and now rumours persist of a new action-RPG spinoff title being developed by Team Ninja. That would already be a lot for a single franchise, but this is in addition to two mobile games based in Final Fantasy VII, plus the development of Part 2 of the Remake is still ongoing.

While the future of the franchise looks very bright indeed, the same cannot be said for its past. Anyone who has recently discovered the franchise that’s now looking for ways to experience the back catalog will have an incredibly frustrating experience without older hardware. To save everyone from a wild goose chase, here is a list of each modern version of the Final Fantasy Franchise.

Unfortunately, no true modern version of the original Final Fantasy exists. Without previous hardware, the only version available is on mobile and there are a lot of reasons you may not want to purchase it on these platforms. Firstly, calling this version of the game modern is not exactly accurate since it first came out on iOS over 10 years ago. Secondly, the mobile versions do not have controller support. And lastly, the beautiful sprites from the original version are replaced with less beautiful mobile friendly visuals.

The most modern version (easily) available survived the recent Sony announcement of cancelling previous generations of stores after the reversal of that decision. Yes, you do lose the original sprite work from the NES but they are replaced with a slightly more modern look that is much more faithful to the original. Some additional quality of life additions improve the overall experience making it the best option for anyone that can’t find a Nintendo Classic Mini.

Again, the last port for this title was in 2010 when it came to mobile with the same mobile friendly sprites and no controller support.

If you’re looking to play Final Fantasy II, you probably also wanted to play the original so luckily this package comes with both games.

Only Square Enix knows why the first two titles have been overlooked while Final Fantasy III has made its way to Steam. This version is a 3D remake of the original that came out on the Famicom in Japan and is one of the few ways this title can be played in the West.

Arguably one of the greatest Final Fantasy titles of all time, the most modern version available is the 3D remake on Steam. While this game is perfectly fine for those without previous generations of hardware, the 3D remake plays a bit differently from its original version. A change in the statistics used in battle makes the difficulty slightly higher and the polygonal sprites just aren’t as charming as the Super Nintendo era.

A pattern is starting to develop here as the best way to play a classic Final Fantasy game is the PSP version through a PS Vita. This version keeps the 2D sprites of the original Super Nintendo game but makes it pop off the screen with fabulous colours and new animations. The original battle system is in tact so it’s as close to the original without tracking down an expensive SNES cartridge.

So you guessed it, this version has a bit of a compromise as well since it uses the sprites from the mobile port. Luckily, the sprites seem to be the only compromise as it otherwise plays very much like the original title.

Unless you really want a Game Boy Advance, it’s not worth the effort tracking down and playing for the old hardware to get the best looking, and best translation of this classic title. If the sprites bother you that much, the PSP version via the PS Vita is available and looks fantastic, but the translation used in that version has been criticized as inferior.

Perhaps the best Final Fantasy of all time just so happens to be one of the most poorly treated titles when it comes to modern revisions. At risk of sounding like a broken record, the sprite work in the Steam version is a significant step down from the original as it’s simply a port of the mobile version. Unfortunately, the PlayStation version has it’s own problems with loading times and slow down in battles.

It’s hard to recommend a version on hardware that is incredibly hard to track down, but this version is the best you can play apart from the original SNES cartridge.

Some good news, the best versions of VII through XII are available on all modern consoles! Any of the major platforms have the best versions of these games. The visuals are remastered but maintain their original glory. They all have quality of life improvements that take nothing away from the originals but make them much more playable. And if you have GamePass, you can play these games at no additional cost since they’ve been added to the catalogue.

The final classic game on our list, and the only one where the modern version is undoubtedly the most recommended. Basically the same game but with visuals enhanced to 60 FPS, and all at a pretty reasonable price.