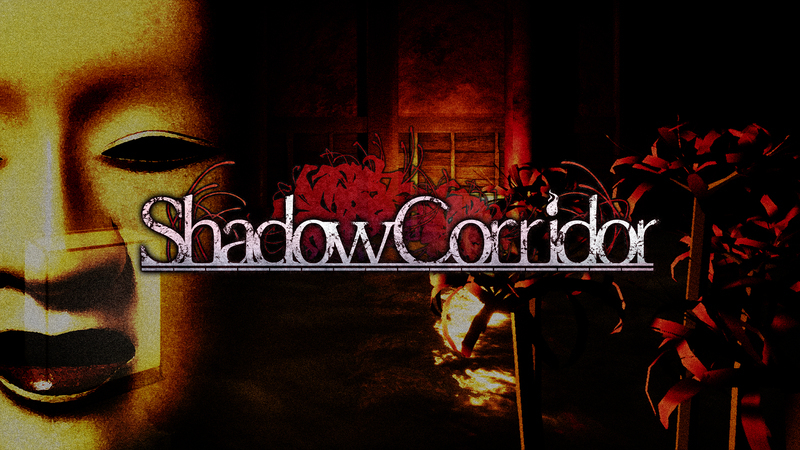 By Chris ReedOctober 24, 2021No Comments

Sometimes a title is a perfect summation of an experience.  Shadow Corridor, previously available on the PC on Steam and now available on the Nintendo Switch, is a game of literally stumbling around corridors in the dark and using whatever light source is available to navigate through looming shadows and creepy hallways.  Shadow Corridor is a digital haunted house experience built around survival and patience, but like many haunted houses, its thrills fade rather quickly.

The gameplay in Shadow Corridor is simple.  Players stumble around in dark, procedurally-generated labyrinths searching for a number of magatama, mystical stones that need to be placed at an altar at the end of the labyrinth in order to move on to the next location.  During the search, players will find a number of items that provide benefits and tools to help survive the corridors and the spirits that haunt them.  While the goal is to escape each labyrinth, the game forces players to explore as much as possible in order to find both helpful items and the needed magatama, which helps create the tension that creates the game’s most compelling moments.

Each labyrinth has a number of cursed spirits wearing Noh masks ambling around the corridors.  There are a number of items that can help the player escape a pursuing spirit, but if caught then the player will need to start the level over or use a magatama to respawn in the same labyrinth.  Since each playthrough of most levels is procedurally generated, starting over can be a bit frustrating.   There are difficulty modes available that forfeit the cost for respawning and reduce the number of magatama needed to progress, so the game does provide some options for player comfort.

Avoiding the cursed spirits is the highlight of the game.  The main hook of Shadow Corridor is that the cursed spirits respond to stimuli caused by the player.  While stumbling through the corridors with a lighter or flashlight, players will hear creepy wails and musical cues and feel a rumble on the controller to indicate a cursed spirit is near.  Any light sources nearby will also flicker, which adds a nice touch to the experience.  When this happens, players will need to make quick decisions to successfully hide from the spirits.  Sometimes there are wicker baskets lying around to provide a space to hide, but most often the player will need to quickly turn off their light source and crawl into a corner of a room and hope the spirits don’t notice them.  This often leads to the player being engulfed in complete darkness while the spirits wander in the nearby halls.  Again, the use of sound and intelligent HD rumble implementation really sell the experience.  The first few encounters with these spirits are thrilling and worth the budget-minded price of admission ($14.99 on the US eShop).

Unfortunately, the thrills fade after a few levels.  While there is some variation to the spirits as the game progresses, the core loop of searching, hiding, and searching again once the coast is clear is consistent. There are a number of areas that are more traditionally designed around chase sequences which offer a nice change of pace, but the initial thrill of these moments is lost after repeated attempts due to their trial-and-error design.  The driving tension caused by the design of forcing exploration as a means to safety works at first, but becomes annoying because of the size of the labyrinths.  They are simply too big for what this experience offers.  The large mazes might not be an issue with higher graphic fidelity or interesting locations, but the name Shadow Corridor rings true from the beginning.  The corridors themselves might have some specific flairs to represent that locale, but for the most part, the game has players walking through dark corridors with lighting effects that are serviceable enough to produce the spooky shadows and darkness.  While the sound and approach of the different spirits can be frightening, their actual designs can be a bit silly once seeing them.  Ultimately, having to make it from one end of the labyrinth to the other after finding the last magatama might sound like a recipe for suspense, but it becomes more of a struggle against frustration to slowly plod across the map after the thrill of that level’s spirits have faded a bit.  There is a timer included for players that want an additional value provided by an arcade-style challenge to clear the level and there are collectible items for those inclined to find them, but for the most part the game’s value is based on how long thrills hold their appeal for each player.

Shadow Corridor is a low-budget, digital haunted house experience that delivers exactly what it promises and is good for a night of spooky fun as a novelty experience.  It’s thrills might not be enough to sustain the experience past the first few levels, but the experience provided by the early portion of the game might be worth the low price of entry alone.

Shadow Corridor is available on Nintendo Switch and for PC on Steam.  This review is based on the Nintendo Switch version, review code provided by publisher NIS America.