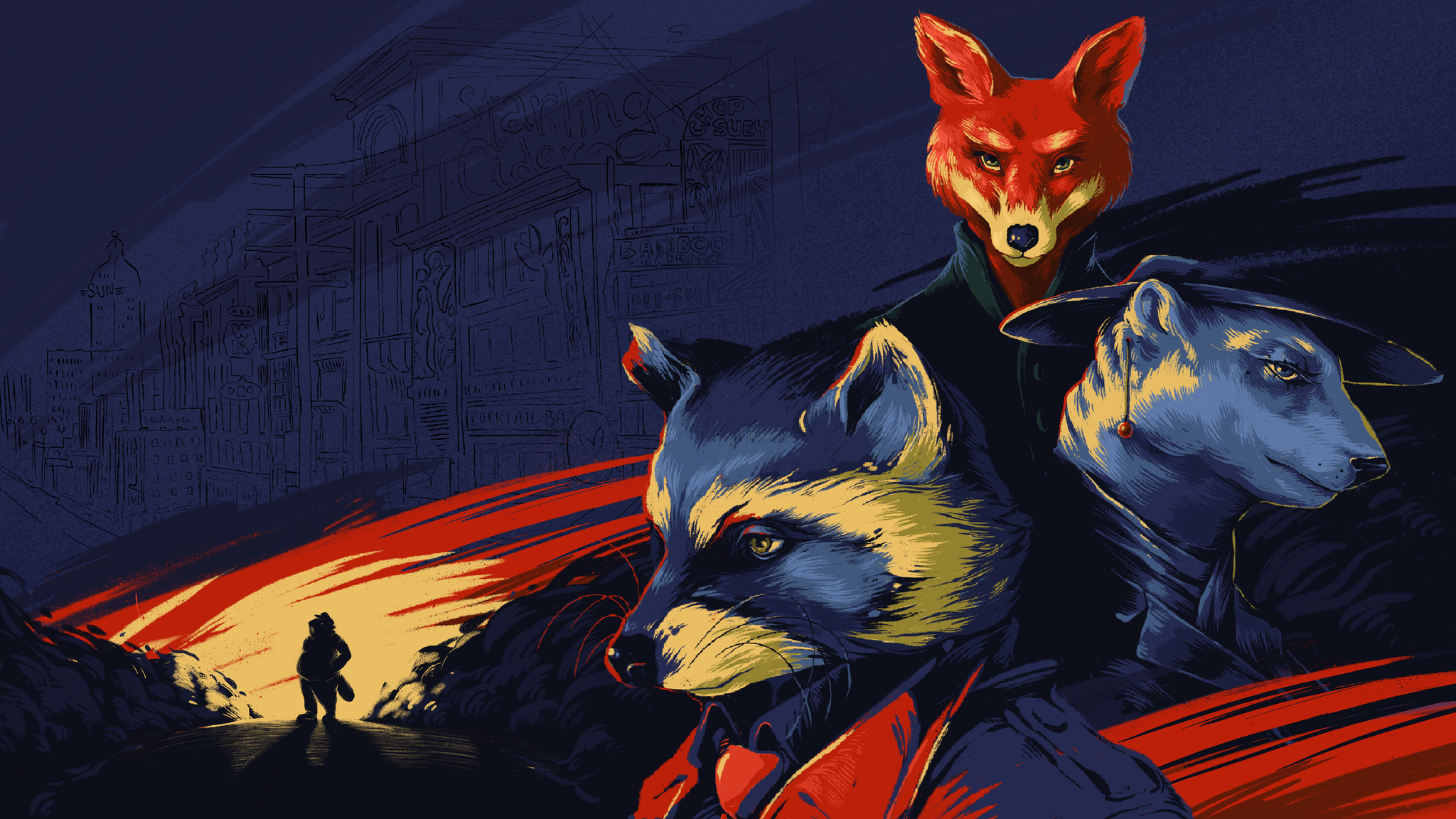 I’m a sucker for pretty things, and it only took a quick glance at the gorgeous pixel art of this Eggnut developed noir narrative to know that I wanted to play it. Taking into consideration that Raw Fury seems to have an eye for unique indie titles and on paper Backbone comes across as a game that will speak to folks who enjoy a gritty story drenched in cheap booze and cigarette ash. In practice, everything about this game is well done. The script and dialogue are well written, the pixel art is terrific, the audio certainly sets the mood, but at the end of the day, the lack of story paths and unresolved questions left me wanting more.

The one thing that Backbone certainly doesn’t lack is a design that is both pleasing to the eyes and ears. The pixel art is absolutely gorgeous on the PlayStation 5, with the colours and the environments basically leaping off the screen. The amount of detail that went into creating a post-apocalyptic Vancouver inhabited by a race of humanoid animals cannot be understated. Each of the different locations provides the feeling of a ‘50s Hollywood detective flick but with more colour and detail. From the gritty back alleys to the upscale luxury of Gastown, everything looks fantastic.

Not to be outdone, the original soundtrack by Nikita Danshin and Aroob Aftab perfectly sets the mood with its atmospheric tones and highlight moments of importance with impressive modern jazz. While the soundtrack is quite large given the length of the game, I’m surprised at the number of times during exploration that some of the areas have dead silence. An argument can be made that the intention is not to distract from the task at hand, but it still felt odd without some kind of background tracks to at least let you know that the mute button wasn’t hit in error.

Backbone starts off as a noir-detective story about an unfaithful husband in a world inhabited by animals that have evolved into an anthropomorphic form. As a raccoon detective named Howard, the story reveals a world where race determines hierarchy and the seedy underbelly of society is even worse off than it seems. An uncovered conspiracy leads Howard down a path of no return, with some unexpected twists and revelations. A shift in tone about halfway through is quite jarring, and the holes left to be filled by the imagination may leave more than a few people disappointed.

The dialogue is well written and interesting, with multiple options of responses available to choose that determines how Howard handles any given situation. This mechanic of choice implies that the story can veer into multiple paths but after two playthroughs that effectively ended the same, I don’t believe the choices affect the story. Normally that would be perfectly fine, however many questions go answered which led me to believe that after my initial 4 or so hour playthrough a second go with different choices would uncover new information, which it did not.

Backbone sells itself as a new kind of point-and-click adventure that includes dialogue choices and some light stealth mechanics. It does technically have these, but whether they help Backbone stand out over traditional games in the genre is a matter of debate. The main attraction here is definitely the masterful pixel art design that is head and shoulders above the crowd. The writing is no slouch in its own right, but after playing it twice and being left with too many unanswered questions left to my own imagination, or to be answered in a possible sequel, it’s just a tad bit disappointing.