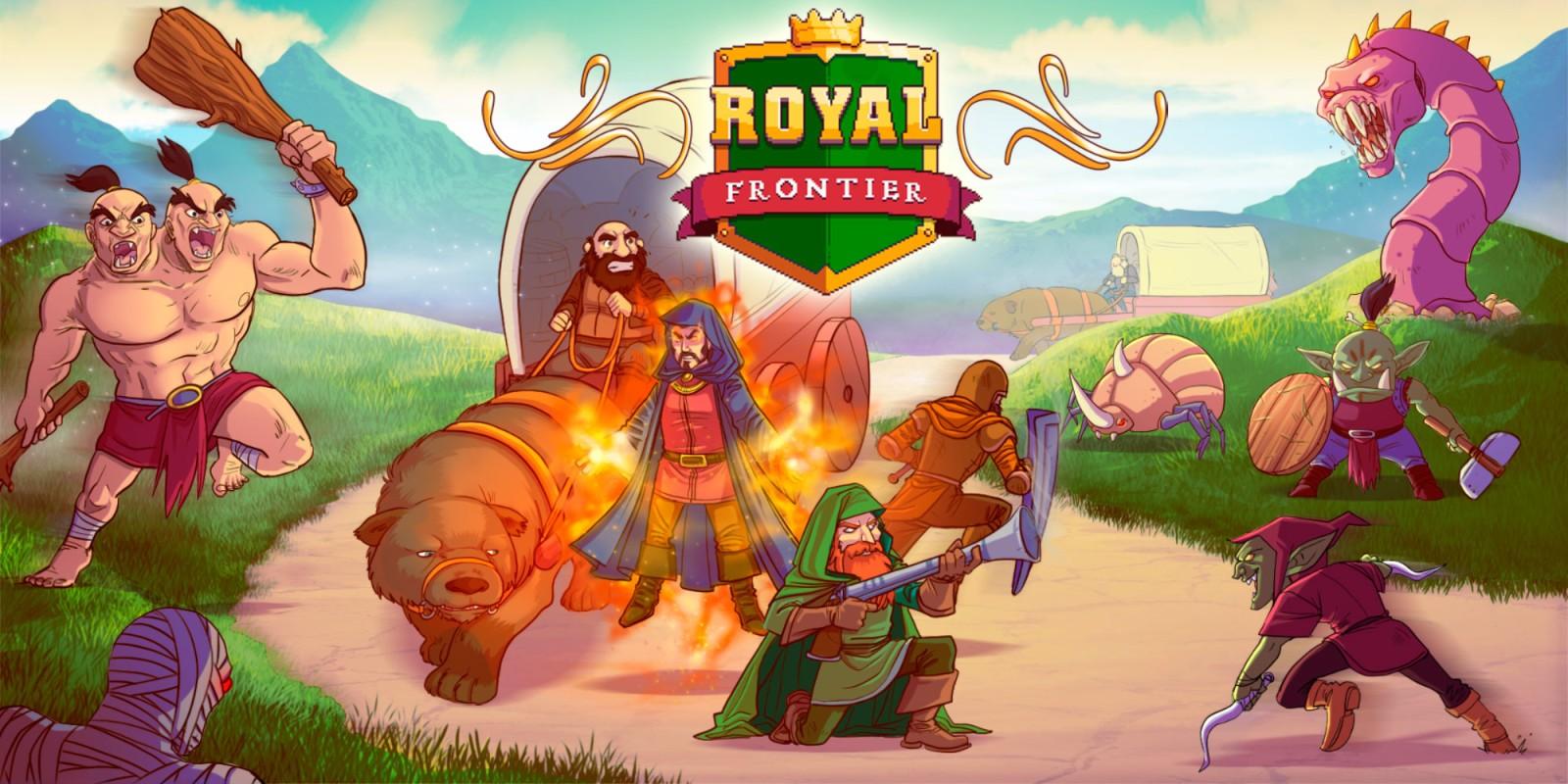 Onward, to the promise of a new land!  Ever since the 1970s, school children have been given brutal lessons in survival and resource management by playing The Oregon Trail, battling bears, rapids, and dysentery to fulfill the promise of a better life.  Or, more likely, watching their entire party die in the effort, in classic rogue-like fashion.  Royal Frontier, developed by Woblyware and published by Ratalaika Games, is an attempt to combine the rogue-like journey of The Oregon Trail with turn-based combat and the trappings of a role-playing game.  Royal Frontier offers a short, solid rogue-like experience, but doesn’t quite fulfill the promise of its journey.

In Royal Frontier, players form a party of three classes to guard a caravan on a 45-day trek to the east to arrive at New Haven, a promising new settlement where riches and glory await.  If they can make it.  The 45-day journey is represented by three overland maps with path choices the player can take.  Each day is represented by some type of encounter, mostly combat encounters, but players can also discover treasure, make simple choices in story encounters, or stop at inns to either rest and replenish some health or drink the night away to regain some magic.  Examining the map is crucial for choosing which path to take to fulfill the goals of your run, whether it be an attempt to make the entire 45 day journey or to battle a few extra bosses to grind for experience and loot drops to help on your next journey.

If all the party members die on the run, then a delightful screen explains the caravan has been pillaged and if a new character or item to buff the party on its next run has been earned.  It is typical rogue-like fare, and the progression of runs and rewards is solid enough to provide enough incentive to complete the 45-day journey.  Unfortunately, once the 45-day journey is completed, there might not be enough incentive to embark on the quest again because of a limited variety of enemies and story encounters.

The combat in Royal Frontier is a simple, turn-based combat.  Players choose whether to attack, use an ability that costs power points, or use an item.  Management of health and power points is the core consideration of the game, as replenishment of both is limited and proper use of abilities is generally the key determinant for a successful complete run.  Combat also uses a rudimentary timing system, where players must hit a button to ensure a proper defense or an effective attack.  The timing is simple and straightforward, but it can be annoying at times, especially the first time using a new ability.  The appeal of the combat wears out rather quickly, especially when slogging through the initial encounters of a new run.  The limited enemy variety also limits the repeated appeal of combat.

The lack of variety in general hurts Royal Frontier.  The visual art is cute and humorous, but the limited number of enemy types and backgrounds don’t help keep the overall presentation fresh.  It might take only a few hours to build up enough items to lead to a successful run, and there isn’t much reason to play after that.  Aside from the minimal number of enemies to encounter, there also aren’t enough interesting events to make each run unique.  A successful run throughout the entire journey is rewarding, but there isn’t any sense of discovery to provide incentive to try it again.  The game does provide a list of challenges for players that like to earn achievements and experiment with different party builds, but even then Royal Frontier is a budget title that provides a shorter experience.

Royal Frontier has the foundation for a capable rogue-like but ultimately doesn’t do enough with its formula.  It has the road map for a fulfilling journey, but it doesn’t provide enough interesting stops along the way to provide a reason to make the trip more than once.  It isn’t a bad journey, but it isn’t one worth boasting about in the tavern at the end.

Royal Frontier is now available on Nintendo Switch, Playstation, Xbox, and Steam. This review is based on the Nintendo Switch version with a code provided by publisher Ratalaika Games.