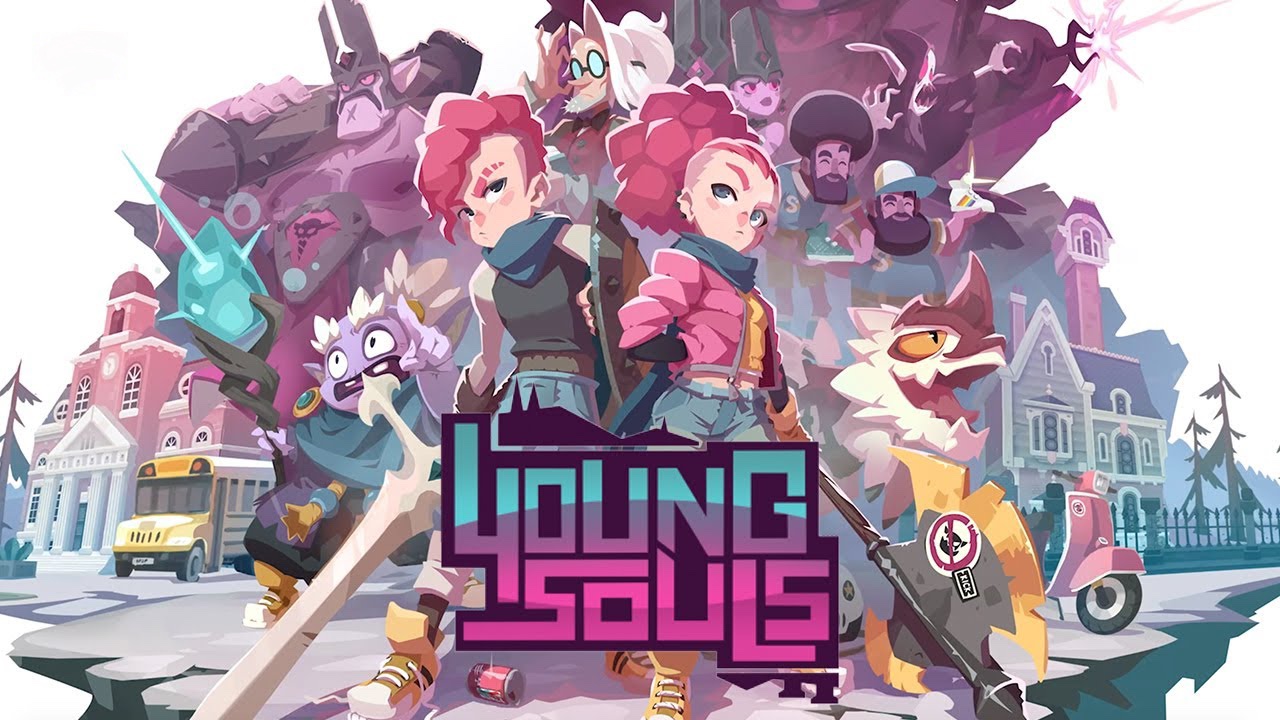 Keep both eyes firmly glued on developer 1P2P, the France-based indie developer behind the new RPG-arcade mashup: Young Souls. Just exactly how a single pair of developers are able to create such a visual splendor is beyond my understanding as the look and feel of this gorgeous Beat ‘Em Up cannot be understated. The vibrant colours simply burst from a 4K television powered by a PlayStation 5 and with some top notch RPG mechanics, Young Souls becomes a must play for action fans looking for a solid 10-15 hour adventure.

A pair of orphaned twins, Jenn and Tristan are taken in by a professor specializing in hollow Earth theories. When their adopted father goes missing, the twins discover a hidden gate within the depths of their home that transports them into an underground lair filled with goblins plotting to invade the world of the top-dwellers. The wise cracking teenagers are instantly likeable, channeling some Ryan Reynolds energy and oozing confidence. The story is well written with both heroes and villains alike getting detailed character arcs told primarily through short but concise cutscenes between levels.

Young Souls gameplay feels much like arcade Beat ‘Em Ups of old, with horizontal levels where the heroes work from left to right chopping down enemies with a large arsenal of weapons. Each twin can be equipped with a separate load out, allowing for variation between the combat of the two. One could focus on slow but powerful weapons and armor while the other can stock on equipment optimized for speed. During combat, one twin is used at a time, while the other can be tagged and swapped in with a single button push. The transition is seamless, and is mostly necessary as enemies can stun the heroes requiring a quick switch to reduce vulnerability. When a twin reaches zero health, the other comes in and can revive their sibling via CPR so long as the enemies don’t finish off the other during the process.

Young Souls deviates from the level design of traditional arcade brawlers by including some MetroidVania mechanics. Certain rooms include multiple doors that lead down multiple paths, adding a little bit of exploration flavour to the experience. Ultimately, the combat is still a left-to-right endeavour but the added variety is still welcome. Maybe the most welcome inclusion are robust accessibility options that allow anyone to play through the game and at any difficulty level. Different levels of difficulty and mechanics like auto-shielding that can be toggled on or off really flatten out any difficulty spikes throughout the game.

Young Souls does a whole lot right, but what perhaps stands out the most are the impressive visuals that look terrific on the PlayStation 5. Both the sprites and the level design really pop off the screen thanks to the beautiful colours and unique aesthetic. The visuals are on full display whenever the twins transition from the top-world to the underground via a moon-gate through a trippy looking blending of the two worlds. Reports are abound that the Nintendo Switch version really struggles with performance issues which is understandable based on the level of detail in the PlayStation 5 version. I never once experienced any crashes to menu or stuttering during animations that seem to be plaguing its portable port.

Young Souls is definitely a lot of fun, especially if you enjoy playing games like Final Fight or Streets of Rage. Finishing up at around 12 hours seems like the perfect amount of time for a game of this nature. Long enough to experiment with different weapons and load ups but not overstaying its welcome. Young Souls is an impressive success and I look forward to what the future may hold for this up and coming indie development tandem.