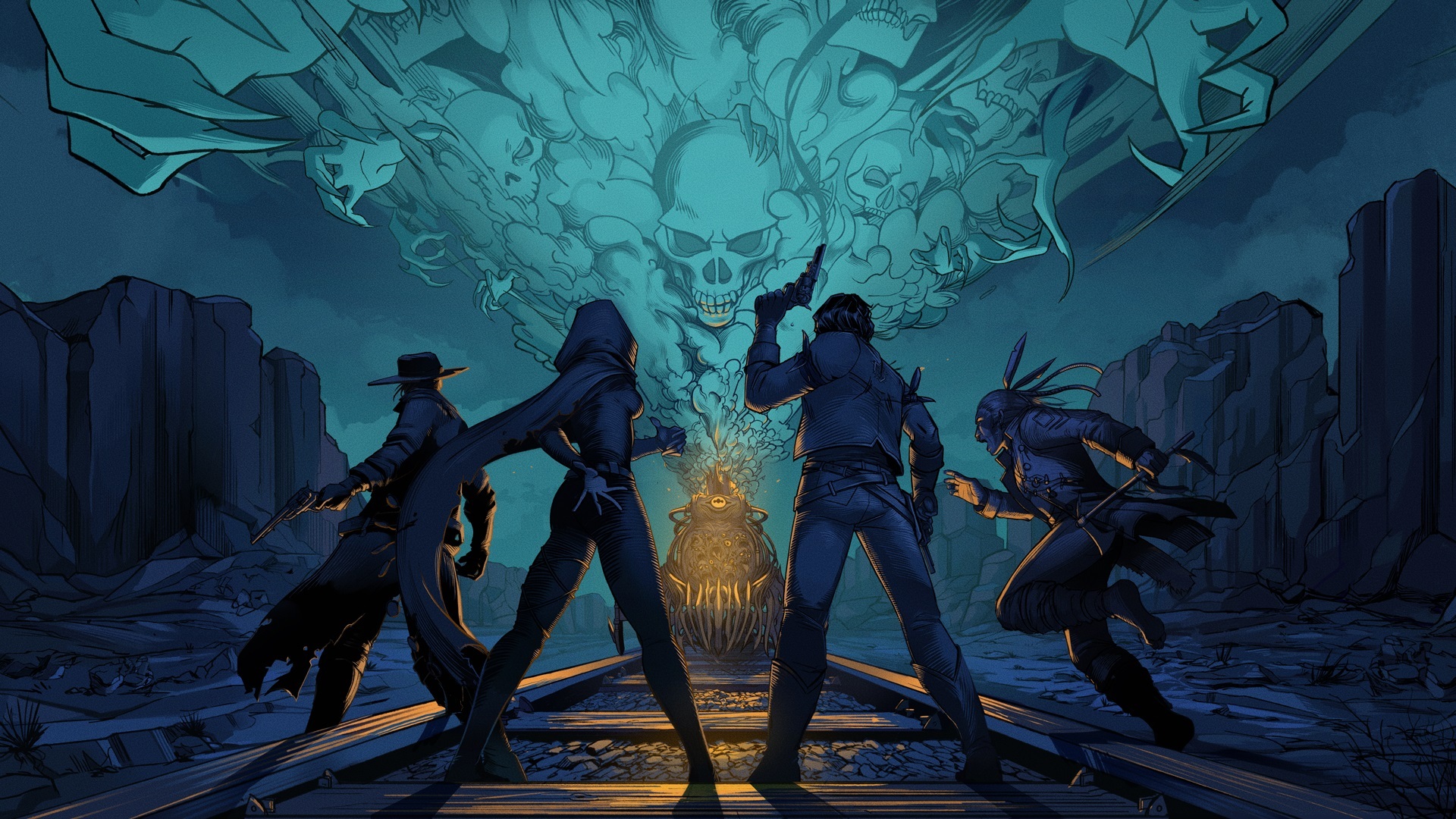 Long after the sun has set in the west, the light from my PC monitor continues to shine long into the night while playing the incredible strategic RPG, Hard West 2. Thankfully, knowledge of the first title in the series is not required as none of the story from developer Ice Code Games seems to call back to the original. I may not be able to speak about the quality of the originally Kickstarted title, but one thing I do know, Hard West 2 stands on its own, and it stands tall.

Hard West 2 begins with a train robbery gone wrong as Gin Carter and his posse of highly trained hooligans find themselves in the wrong place at the wrong time. Led by the savvy old cowboy, the group of four consists of: the exiled shadow warrior, Laughing Deer, the former carny with a knack for witchcraft, Flynn, and the fastest gun in the west, Kestral Colt. The doomed train robbery ends with a game of poker against an evil demon named Mammon that results in the loss of their souls to the ghost train conductor. Flynn manages to teleport herself and Gin to safety but leaving Laughing Deer to walk back on his own to safety, and Kestral gets left behind, unable to escape from the demon’s grasp.

The story is fairly well written, with plenty of back story and character development to keep those with interest in that sort of thing satiated. The main plot line stays fairly simple throughout the game with the goal focusing on the posse tracking down Mammon and retrieving their lost souls. Along the way, the posse expands as Gin recruits 3 more fighters with intersecting goals to the crew, all with their own motivations and distinct looks and personality. The history of each character is revealed during rest stops, with more of their backstory revealed as loyalty with the character is increased. The stories of each character could easily be overlooked as the dialogue is optional and takes a back seat to the insanely enjoyable combat that takes centre stage.

The meat and potatoes of Hard West 2 are the deeply complex and incredibly fun XCOM-like strategic combat mechanics. Up to four members of the gang head into the field of combat that can range from a western town to a speeding train. Standard strategy RPG mechanics serve as the backbone of combat. Each character comes equipped with two weapons, up to two inventory items, and four unique statistics that include: health, movement distance, luck and bullseye accuracy. Unlike other RPGs, growth of these individual statistics doesn’t occur through standard leveling via experience points. Instead, Gin collects playing cards throughout their travels and are dispersed throughout the posse, with stronger poker hands unlocking higher statistics and unique abilities.

This use of poker hands determining the strength of individual characters is a unique and welcome take on the experience system. Not only does it allow for leveling up to be shared among allies, but it adds a layer of variety to each battle. Before any particular battle, stronger hands could be given to strengthen a single person, allowing for more unique abilities such as Flynn’s teleport skill applying a bleeding effect to enemies. The cards are pretty evenly distributed throughout the game so at no point can the posse become too overpowered, but by the end, most of the abilities of each party member can be unlocked.

The combat is what you’d expect and more from an XCOM-like RPG. Party members can use the environment to their advantage by hiding behind walls and objects in the field. Action points dictate the number of moves each character can make, with the one interesting wrinkle being that the action points reset each time an enemy is defeated. Nothing is more satisfying than going on a killing spree and wiping out an entire map of enemies by chaining attacks with posse members. The second most enjoyable part of the combat is using metal objects in the field to ricochet bullets to defeat enemies hiding behind cover. Even when it wasn’t needed, I’d often find myself looking for multiple objects to ricochet a shot just for the fun of it.

With each fighter having their own unique ability, and a hefty variety of different weapons to equip, there’s a strategy that works for every type of player. With the right load out, victory can be obtained just as easily with an all offense, guns ablazing approach compared to a slow and methodical careful approach. This provides a strong replay ability factor as each individual battle can feel quite different depending on the people and inventory you bring to the fight. The order of the battles are fairly linear as the posse makes their way across the west. Many dialogue choices come up on their travels but the consequences are mostly just related to which character becomes more loyal to Gin.

After about 30 hours, the lead up to the final battle is a big and juicy cherry on top of what feels like an incredibly fun experience. The final pull of the trigger is a satisfying one, but I’m definitely not ready to ride off into the sunset. Hard West 2 hits the bullseye on creating a fun and infatuating strategic RPG experience and I look forward to saddling up on whatever the team from Ice Code games has for us next.