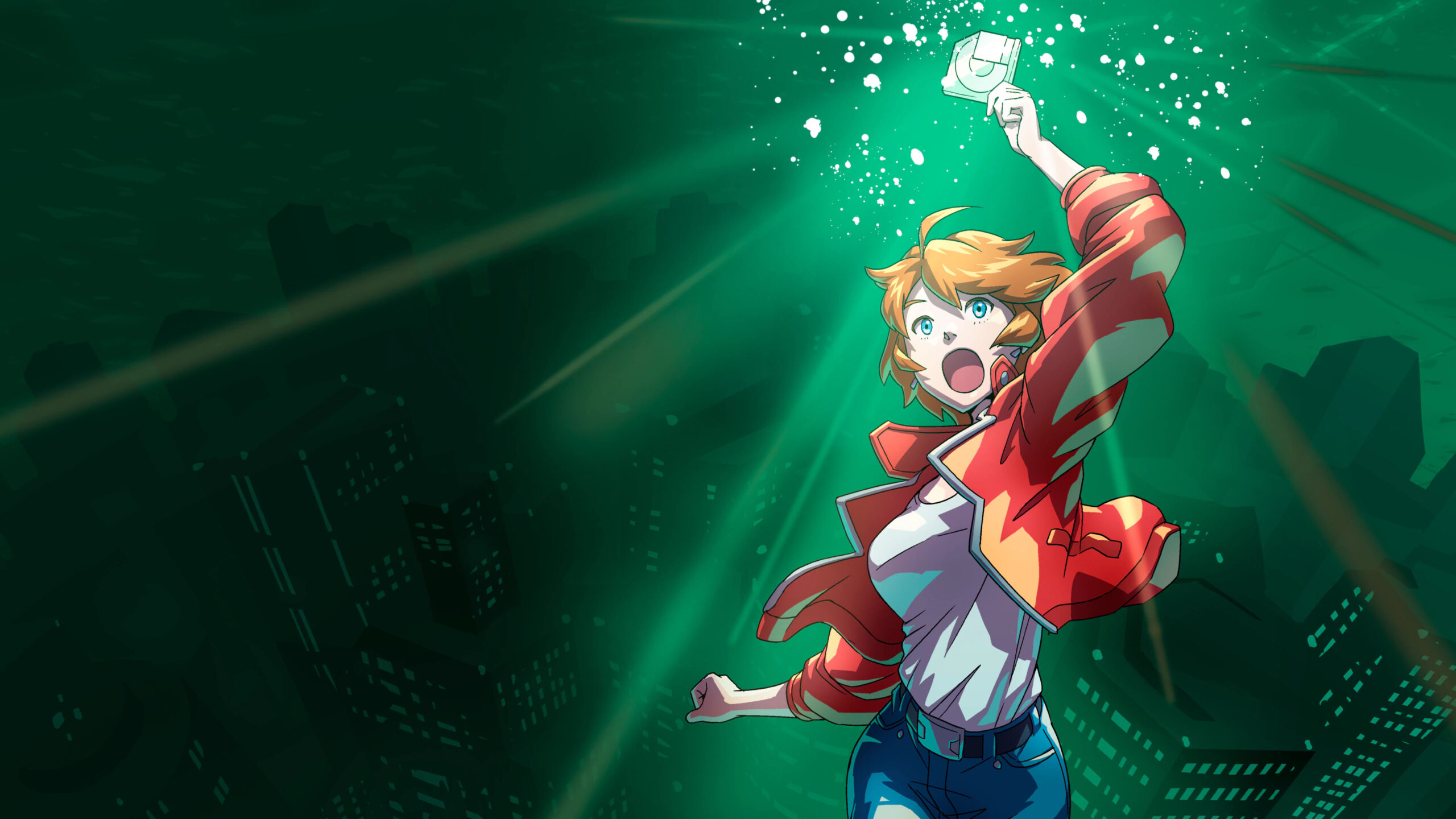 By David LloydSeptember 16, 2022No Comments

The days of waiting for a traditional, straight forward JRPG from one of the big budget developers has long since passed in this current era of action reigning supreme. Only a select few long-time franchises still maintain their turn-based style of combat, and the ones that remain have been adding more complex mechanics with each passing title. The appetite for traditional JRPGs still remains in a niche collection of fans, and they’ve been turning to indie developers to satisfy that hunger. Blending modern pixel art with classic turn-based combat is the team at So Romantic, developers of the new and exciting game, Jack Move. The short but impressive title does a terrific job of providing a safe and familiar turn-based experience with a warm and heartfelt story.

Jack Move begins with an introduction of Noa, a vigilante hacker who acts as the main protagonist rebelling against an evil corporation that controls the city in which they live. Life takes a turn for Noa when her estranged father is unexpectedly abducted by the mega corporation trying to profit off his life’s research. The developers do a commendable job of building the world of Jack Move in a short amount of time. A playthrough typically takes about 7 to 10 hours but it feels like plenty of time to get to know each of the characters and get to learn about their backstories. Though it’s set in a dystopian future, a fun sense of humour undercuts the dark tones and keeps the experience feeling warm and fun.

The pixel artwork is both clean and modern and the beautiful colours simply leap off the screen. Exploration takes place in a traditional birds-eye view and transitions to a behind the back traditional view for battles. The dialogue is text-based, and a pretty decent soundtrack that sounds very future techno accompanies Noa throughout her travels. It’s not the sort of soundtrack that you’d likely at to a Spotify playlist, but it holds its own nonetheless

The combat system has a few flavours from a number of classic JRPGs that feel very familiar. The traditional magic triangle system is the backbone of the combat mechanics but instead of magical elements like fire and water, it’s instead computer terms such as Wetware, etc. The turn-based fights all tend to feel the same, discover if the enemy has a particular weakness and exploit that until victory.  Jack Move also takes a lot of inspiration from Bravely Default with a simplified version of the Default system where a turn can be banked in order to apply subsequent attacks later. Unfortunately only a single turn at a time can be banked so the strategy around this mechanic is fairly limited.

Speaking of Bravely Default, the random encounters have the same on and off toggle as the series, which is great in theory for times you wanna just get through a dungeon or when you really need to grind. The problem is that due to the length of the game, skipping random encounters can quickly leave Noa unprepared and underleveled for later dungeon battles. Random encounters are fairly short but the boss battles can drag out far too long, especially if Noa isn’t properly leveled.

Jack Move feels like a game designed with a specific type of JRPG fan in mind: one a little bit older, old enough to have played games on the NES and SNES, and one that still feels nostalgia from their earlier days in gaming. Probably old enough that they have kids of their own too, and very few hours in the day to dedicate to gaming, making the short 7 to 10 adventure the perfect amount of commitment. Jack Move certainly doesn’t attempt to pioneer any new systems or introduce new concepts, they just to take a time-tested and proven formula and produce a respectably fun experience.

Jack Move releases on Steam on September 8, 2022, and Nintendo Switch, PlayStation and Xbox on September 20. This review is based on the Steam version with a code provided by publisher HypeTrain Digital.