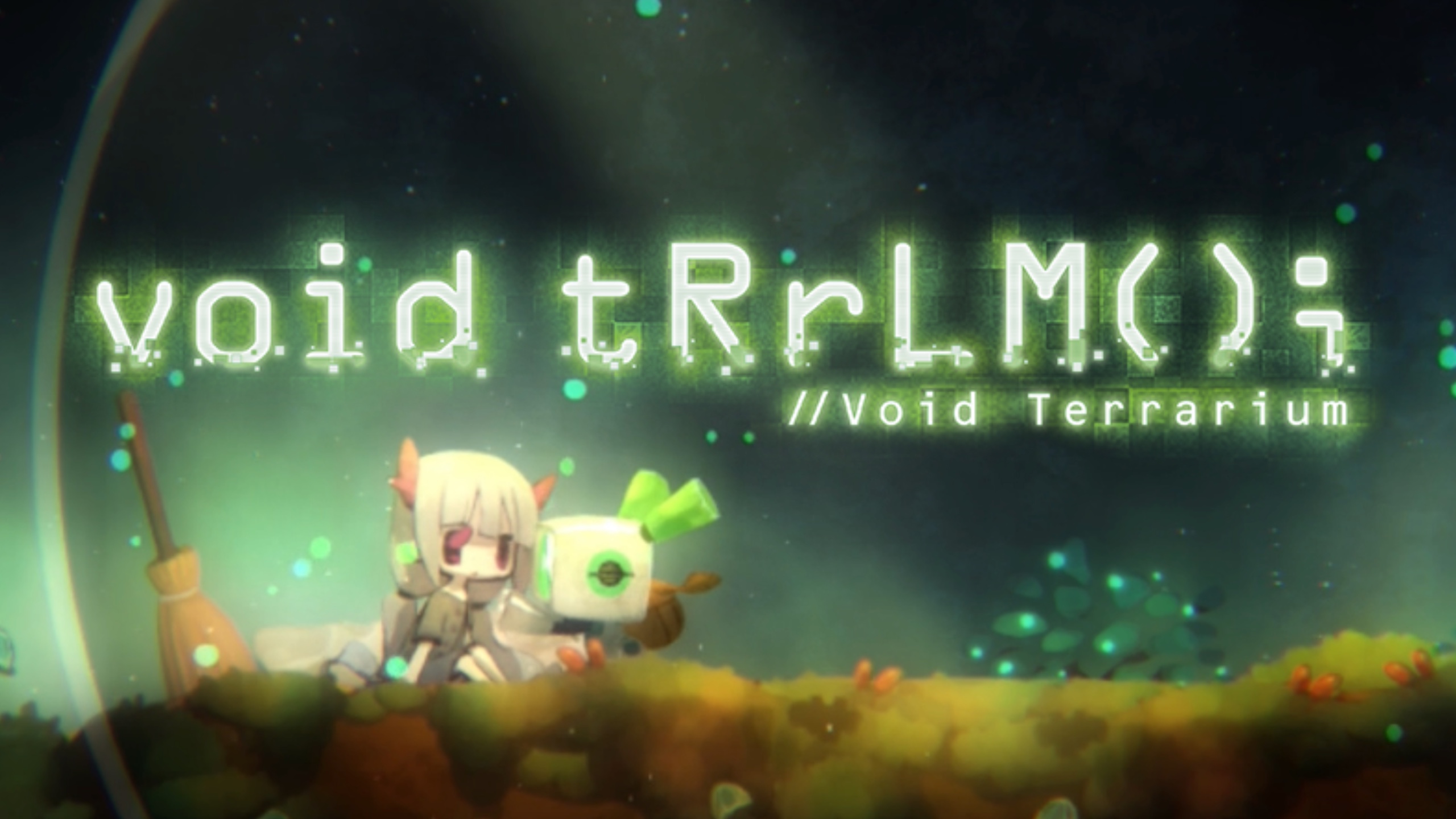 Before the release of the Nintendo Switch, I could likely count the number of roguelike games I had played in my lifetime on one hand. The genre has exploded on the handheld device, and it’s been a revelation to discover so many wonderful titles I had not been exposed to previously. One of the downsides of this surge in popularity has been the result of some wonderful titles becoming at risk of getting lost in the ever growing abyss of the eShop. Void Terrarium in one such game, it’s not as flashy as something like Dead Cells or Enter the Gungeon, and it certainly doesn’t have the big name recognition that the Pokemon franchise commands. What it does have, is wonderfully designed combat and exploring mechanics that overcome the repetition fatigue that so often plague mystery dungeon style titles.

Void Terrarium begins with the awakening of Robbie, a maintenance robot who seemed destined to rust in a scrapyard until a fortuitous quirk of fate awoke the Wall-E stand in. Upon its awakening, Robbie discovers a human among the trash, barely holding to dear life. Hoping to find anything that may help the human survive, Robbie discovers another sentient being trapped inside a stationary screen who has knowledge of the human race and assists with directing Robbie on how to go about healing the poor human child. This factoryAI provides Robbie with a list of materials needed to keep the child alive and sends the maintenance robot into the depths of multiple enemy infested locations to locate resources to bring back to the scrapyard.

It really is a terrific premise behind a mystery dungeon style game. The resources to keep the human alive start off simple enough, food to build their strength, medicine to fight the toxic contamination that they endure. Eventually the resources become more complex as the two robots work on building a terrarium to protect the child from the toxic environment around them and to provide a permanent home for them to live in. The terrarium itself is customizable, whether its foliage to improve the air quality or a bed to provide the human with additional comfort. As the game goes on, factoryAI slowly reveals that the human may be the last of its kind due to an infestation of spores on the surface and as the events that led up to this point in time are revealed, it’s clear that the story may not be what it seems.

Taking care of the human is priority number one though, and a number of different challenges including keeping the Terrarium clean and curing diseases provide a welcome complexity to the gameplay. The meat and potatoes of gameplay is the dungeon crawling, which is how Robbie explores the underground wasteland in order to collect resources. Each of the different locations that become unlocked are procedurally generated, so no two runs in a dungeon will be alike.

The top-down view of the dungeon is grid-based, with each action, whether it be walking, attacking, or using an item counting as a turn. The map is revealed through exploration as Robbie makes its way through each room on a floor on the search for a teleportation device that will unlock the next floor. An army of robots and creatures inhabit the areas and constantly try to put an end to Robbie’s exploration. Combat starts off simple enough as Robbie only begins with a standard attack and a strong attack that requires a cooldown. As enemies are defeated, Robbie levels up and gains new abilities and increased stats. The buffs are random, sometimes Robbie is able to increase HP, while other times they get a boost to their attack. Sometimes you get lucky with a good sequence of powerups to extend your run, other times Robbie will run into too many enemies sending them back to scrapyard prematurely.

The design of the dungeon crawling upgrade system is very well done. The number of enemies and the different meters that need to be monitored prevent Robbie from simply being able to run through the dungeon carefree. Strategic thinking and careful consideration are required as the difficulty is just high enough to provide a considerable challenge but not so egregious to trigger frustration. Most runs would end before getting to the exit but almost always they were a result of being too impetuous as very few runs felt like they were decided by the random generator.

Early into my playthrough of Void Terrarium, I had doubts about the length of time it would be able to hold my attention. The simplistic design of each of the locations are very similar and my fear is that it wouldn’t take long for the repetitive nature to wear down my resolve. Luckily, the complexity of the dungeon crawling and the challenge of trying to make it out alive overshadow its shortcomings. Each turn within a dungeon feels meaningful, and nothing feels as good as becoming overpowered on a particularly good run. With no shortage of roguelikes and dungeon crawlers available on Switch, Void Terrarium still manages to provide an experience that stands out from the crowd.