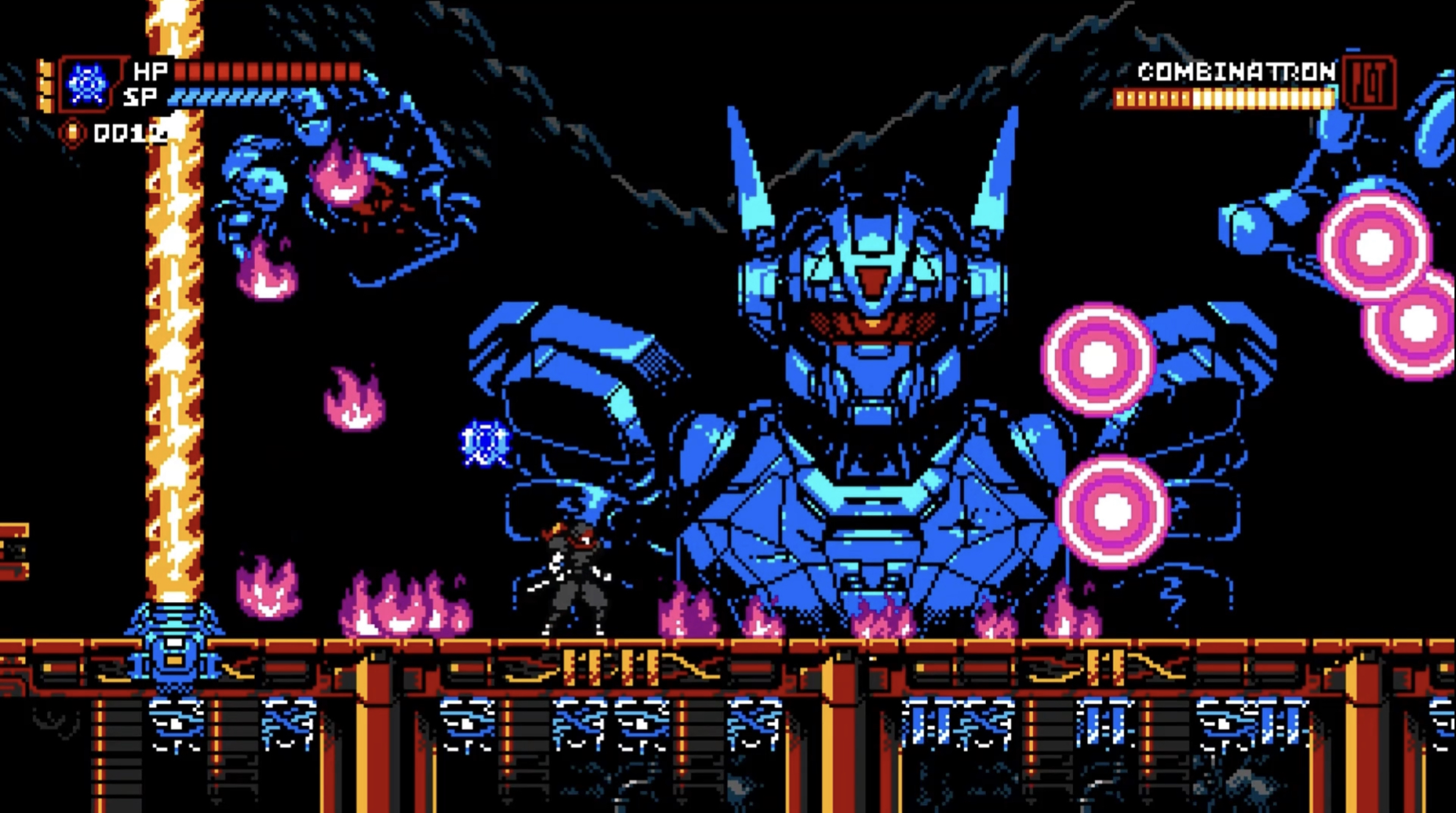 The script is flipped, this time the boss battle is at the beginning of the chapter. The first area to attack are the hands of the Combinatron as they will regenerate the bosses health if left alive. The hands will still deal damage but at least they won’t regenerate the boss. Stick between the hands and the head and jump up and attack, it should be easy enough to dodge any attacks that come close.

Moving forward, Some light platforming is next on some ledges that will start to fall if you stand still on them. The jumps are easy enough but be ready for a green robot to try to hit you midair. Most of the level is the same, until the introduction of spiders on the fence which can cause headaches. The best strategy is to jump on the platform to keep it from falling and take out the spiders before moving on.

Best strategy on the Spiderail is to stay just a little to the side to avoid many of the attacks and to take out the eyes. The first attack is a fire blast that attacks directly below the main eye. A second attack is is a fire circle that searches for Shadow. The third attack is a grenade launch which you’ll need to move underneath the Spiderail to avoid. The final is a bed of spiders that launch from the top and scamper along the ground.