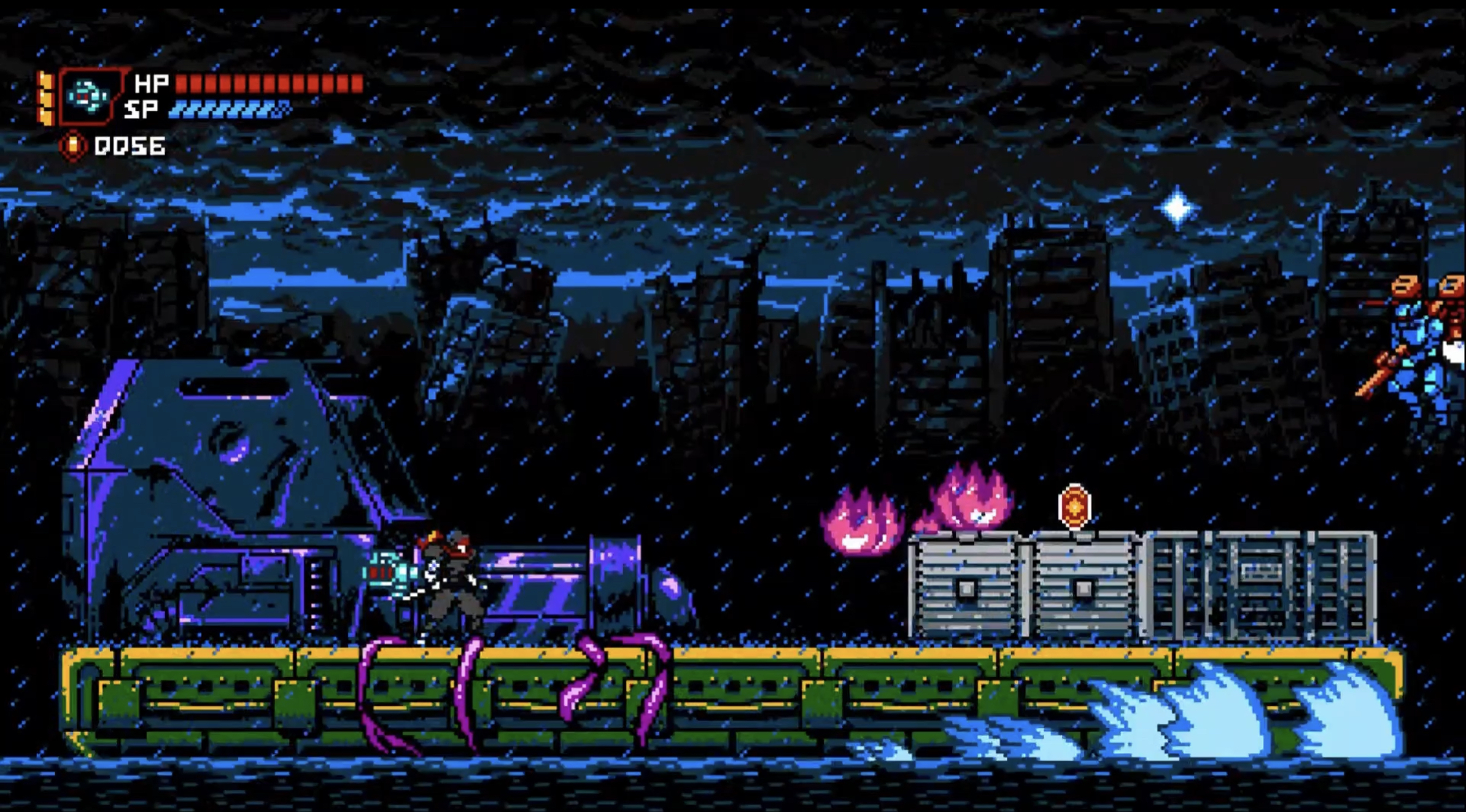 The ninth chapter is pretty short, at least in the number of screens anyway. The beginning section is some platforming while trying to avoid the orbs that spin around the crates. Technically they can be destroyed but it’s not too hard to avoid them.

Chapter nine doesn’t actually have a named boss, this brain controlled robot is about as close to one as they come. The chapter is mostly just a test of platforming skills once again. The toughest part of the platforming is trying to destroy the wheels. They only have one vulnerable spot which takes some creative thinking to get to in some cases.

The chapter finishes with a ride on a raft while wave of enemies come at you. Flying robots that drop flames are the toughest to deal with, but persevere and it won’t be long until your moonwalking into chapter 10.