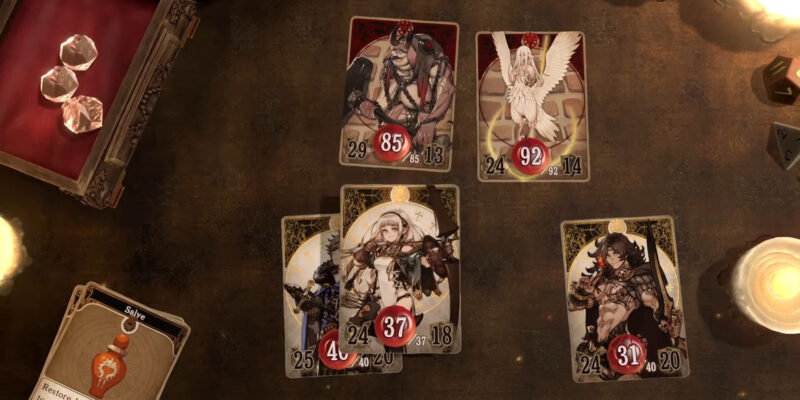 Has a Pokémon Card Shortage Triggered a Rise in Popularity of Deck Building Games?

By David LloydNovember 1, 2021No Comments

Home » Has a Pokémon Card Shortage Triggered a Rise in Popularity of Deck Building Games?

The world is currently in the midst of a supply shortage and Pokémon cards are no exception. The lack of availability for packs of the popular playing card game have led to empty shelves and a surge in pricing on the second hand market. While consumers continue to descend upon stores hoping to get lucky, a surge of deck building style games begin to emerge on consoles. Are the two related? Unless a number of indie developers and Square Enix all have access to a crystal ball, the answer is sadly no. These games would have began development prior to the pandemic and thereby simply taking advantage of some fortunate timing. But regardless of whether Yoko Taro has psychic abilities, these are just a few of options available for those looking to get their deck building fix.

The announcement of Voice of Cards: The Isle Dragon Roars came at quite a surprise. Rumours circulated around a pet project being worked on by legendary Nier director, Yoko Taro, but few would have guessed it would be a deck building RPG. The highly stylized game features an outstanding presentation with superb narration and sound design. The mechanics of the game are much more basic than a typical deck builder, not bothering with random card elements and instead relying on traditional RPG elements. In truth, had the presentation of the characters and environments not been presented in card form, this could have been a traditional JRPG. What’s interesting however, is that even knowing how simplistic the mechanics are, Yoko Taro finds a way to create a game far more interesting than the sum of its parts.

The story of Vasilisa, a young woman and her reluctant journey to becoming a witch from indie developer, Morteshka, fuses card-based combat with traditional exploration. The young sorceress travels the countryside of rural Russia to seek out the Black Book, a demonic artifact known to grant a wish to the one that unlocks its seven seals. Gameplay requires Vasilisa to travel around, searching out clues from the locals and figuring out the puzzles on her journey. The deck building comes into play with combat, Vasilisa collect spells which are represented by cards and used when enemies block her way forward. The deck is built through the spells that she discovers upon her journey and can be chosen depending upon the upcoming encounter which leans more towards strategic thinking than random generation.

One Step From Eden

Originally released at the beginning of the pandemic back in March of 2020, One Step From Eden is noteworthy with its recent addition to Xbox GamePass. The award winning title from indie developer, Thomas Moon Kang, combines strategic deck building with real time action elements. Light on story, One Step From Eden instead relies on its fast action combat as the main source of entertainment. The game is structured as a Roguelite with progression completed via branching paths which lead to different battles. The combat system itself is a bit complex and requires both fast thinking and quick fingers.

Review by Glen Bolger of Switch Up:

Suffice to say, anyone feeling the blues of missing out on the latest Pokémon card restocking has more than a few options to satisfy that card building hunger. Not only has there been no shortage of new card-based options, but the king of deck building, Slay the Spire, is available on all platforms.